It is often said that playing is a lens through which the children perceive the world around them. In that sense, children’s play is important because it contributes to the cognitive, physical, social and emotional well-being of children.

Some of the many advantages of the children’s play include reducing fear, stress and anxiety, more joy and self-esteem, increased attention and non-verbal skills and positive emotions that strengthen the immune, endocrine and cardiovascular system. Parents have the responsibility to think of creative games and to create a stimulating environment for their children.

We can divide children’s play into several types:

Climbing, jumping, carrying, throwing, running and playing with a ball is an excellent activity for the little ones.
These types of games have a positive impact on the development of motor skills and eye accommodation that is very important by reading.

Some examples of more physically demanding games are:

Day-Night is definitely one of the games that we have all tried out at least once as we were young. When a teacher or parent says “day” the child should stand up and when he/she says “night” the child should squat. It stops when you repeat “day” or “night” several times, and the child automatically starts doing the opposite.

Rope jumping is another good physical activity for children. It can be with running jumps, jumping with both feet together or interchangeably, little jumps while the rope is going up, jumping forward, back, in motion or on the same spot. This game is interesting because the child can play on its own, and it is possible to include more children. When the child jumps the rope by itself, it is necessary to first adjust its length. It is ideal when the child can raise the handles up to its armpits while standing on the middle of the rope. Rope jumping with friends entails two players holding the rope and making large swings, while the third player stands between them and jumps the rope.

Kiting is also a great game for the outdoors. All it requires is a little wind, however, us volunteers at the Friendship Games witnessed its immense capabilities to improve the mood and entertain children. Children compete whose kite will fly the furthest, and learn to listen to the wind, pulling and releasing the tether as required.

“Play is the highest form of research.” Albert Einstein 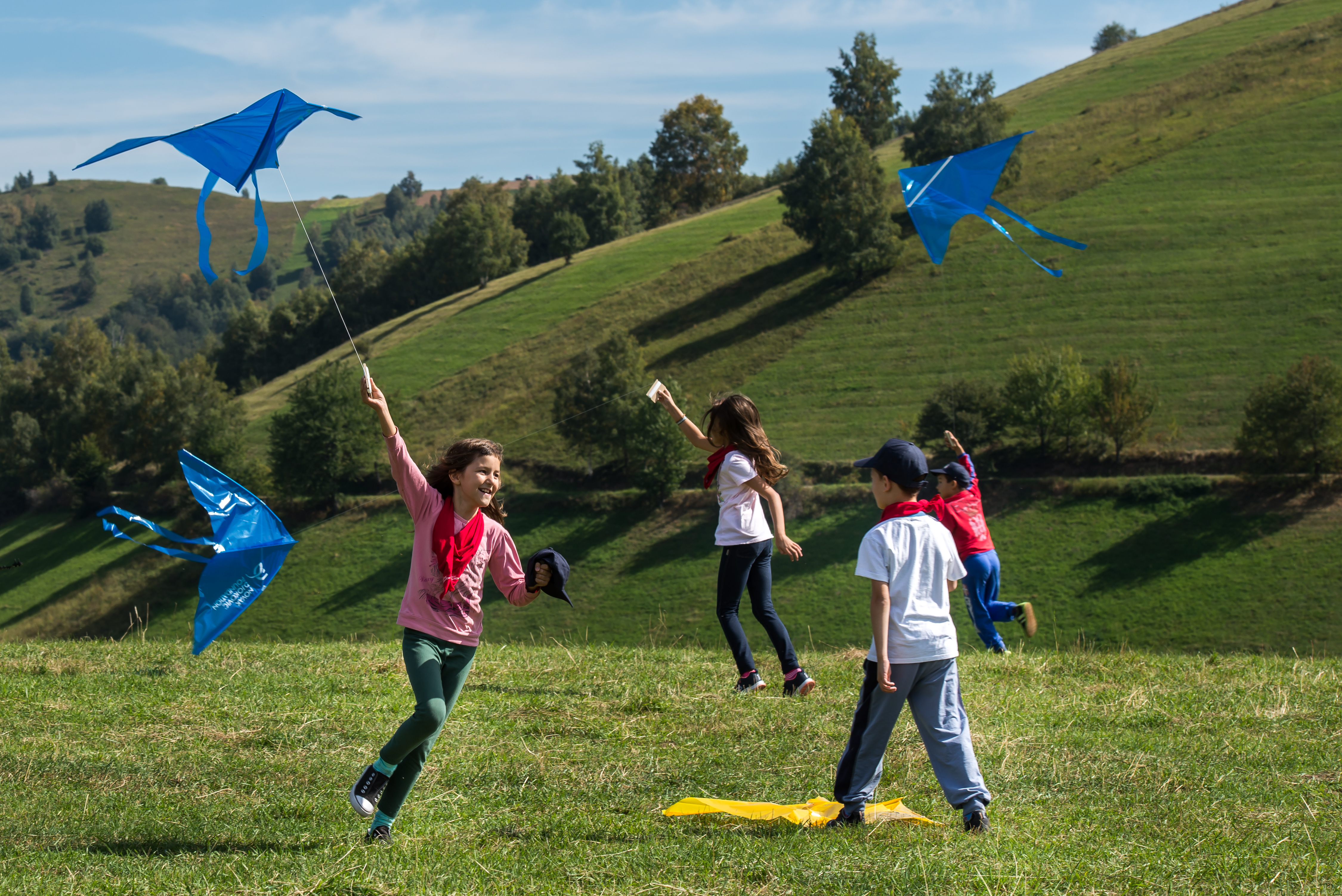 • Artistic games such as drawing, coloring, and singing

Whether it is the favorite toy, a house or a pet, drawing is always a good choice to stimulate the imagination. Also, singing, mimicking and pantomime games positively affect a child’s creativity.

Drawing on a t-shirt. Using crayons and sandpaper, children can make a creative and interesting drawing, which will leave a great memento you can show them after a couple of years.

Making shapes with ice cream sticks. Classify them by coloring each one differently, and then those which are of the same color will be used to make a shape such as a triangle or square.

Puzzles are also a good way for a child to have fun. Different shapes and colors will teach and stimulate the child to use their cognitive abilities in order to complete the picture. This is a great alternative when it is not possible to go outside.

Playing in the bathtub. This can be something like going to a pool but without the need for sunscreen or spare clothes. Without the fear of drowning or catching a cold. Playing in a bathtub with a little more water can teach children and parents how to deal with aquatic challenges.

Frisbee can be a good toy both for your child and your pet. When they play together, there are practically no limits for fun. 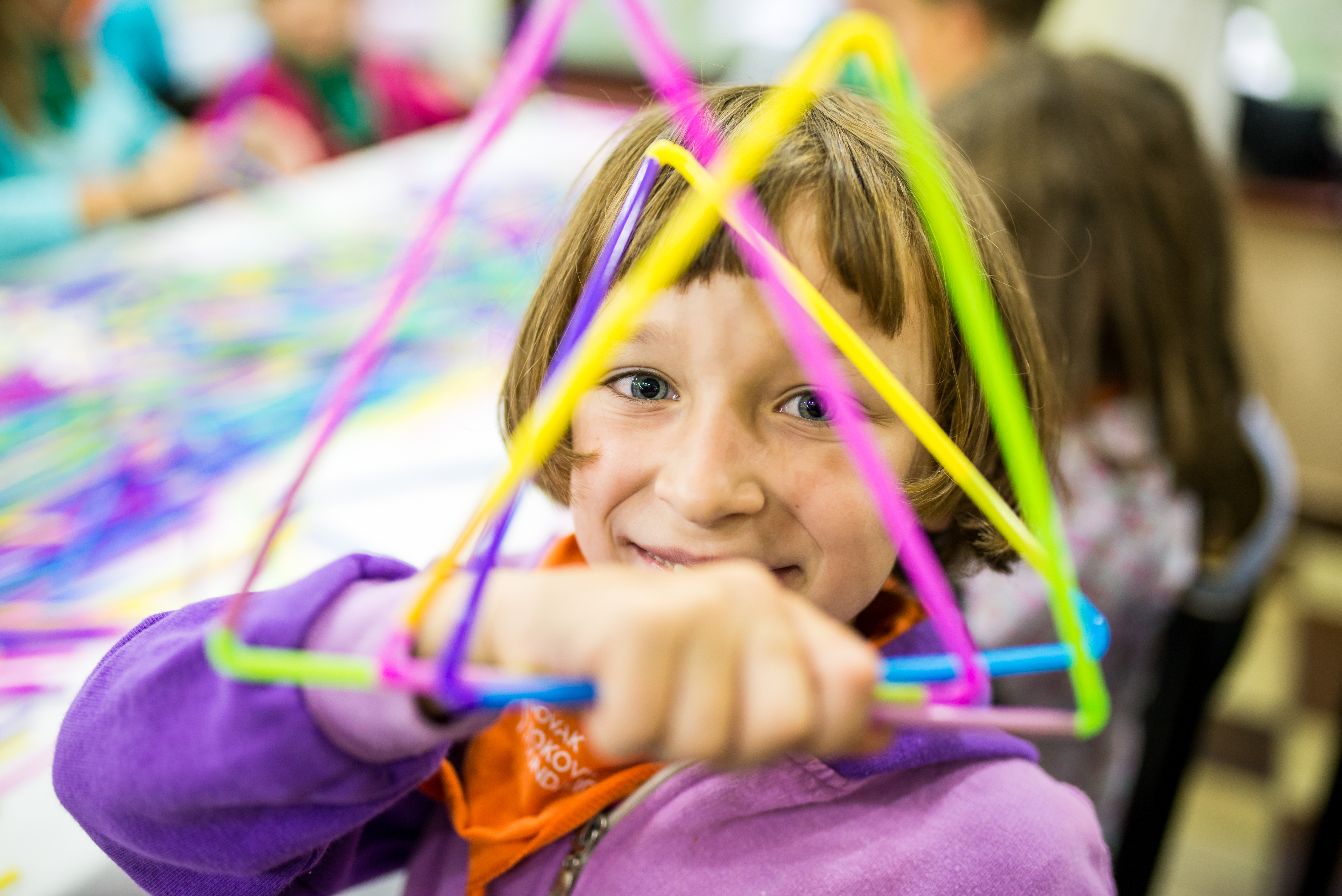 • Technology in a smart way

Smartphones and TVs are unavoidable for children, but since that is the case, supervise the type of programs that your children are watching, and the websites they visit.

There is a plethora of great and stimulating online content which can amuse them. One such website is the Shtreber (Nerd). It is a Serbian website which offers many opportunities for the child to learn something useful, in a fun way.

“Play is the highest expression of human development in childhood for it alone is the free expression of what is in a child’s soul.” Friedrich Frobel

To summarize, I would just like to point out the work of Brian Sutton Smith, an expert for children’s play, who believes that children are born with enormous neural capacity, which withers if not utilized in the early years of life. In his book “The Ambiguity of Play” he claims:

“In addition to children forming a neurological basis which will help them with problem-solving, speaking a language and creativity by playing, they also learn by the playing itself. They learn how to treat others, how to use their muscles and body and how to think about abstract concepts. Children learn how to learn through play. What they gain from playing is not a concrete piece of information, but a general attitude and approach which is oriented on healthy problem solving, and includes abstraction and combinatorial flexibility, where children interlink aspects of behavior into a new solution for problems which demand a change of thoughts or actions. A child who doesn’t play much with its parents, and has little opportunity to explore its surroundings, may have issues when creating these neural bonds which it will need later in life”.