I read an interesting comment recently on the internet: “When I was little, I was the one who picked up toys. Now I’m big, and once again, I’m the one who is picking up toys – it seems that I’ve made a mistake somewhere along the way”, funny, but also effective. The way children treat their toys is more important than it seems. It’s not a rare sight to see a child with a toy “they carry around everywhere they go”. This is actually the first sign of healthy development.

Before enrolling in kindergarten, or even day nursery, kids hang out only with their toys. I call that children’s “first” socialization. In this “in-between” period, children can learn and practice how to establish communication. They are also building basic life skills such as empathy, care, dedication, responsibility, selflessness, independence, loyalty, and gratitude.

Let me tell you a story so to illustrate why it’s important to teach children to take care of toys. There once was a boy named Sam, who had a best friend, Happy the bunny. Happy the bunny and Sam wake up every morning at the same time. They brush their teeth together and wash their faces. Then they have breakfast together and play with other toys.

During this playtime, it was necessary for Sam to understand and know that he needs to take care of all the toys, he cannot be rough to other toys and that there’s a specific way to use each toy.

After playtime, all the toys had to be put back in their “toy house” (except for Happy, of course). At the very beginning, Sam did so begrudgingly. Mom and dad talked to Sam in the presence of Happy, including him in their arrangements as an equal member of the family. When Happy would “speak”, everything would go smoother and agreements would be nicer, faster and better. The toys must be picked up so they wouldn’t get lost or broken if someone steps on them, and if that happens, mom and dad will not buy new toys.

They have dinner together, sometimes they eat what Sam likes, and sometimes they what Sam likes a little less, but it is healthy and Happy loves it. Together they listen to bedtime stories and they go to sleep. Now, dad can freely turn off the lamp on his way out, because the boy doesn’t feel like he is alone in the room.

A little before 4 o’clock, Happy and Sam are crouching in front of the door, waiting for dad to come home from work. They must always get equally as hard a hug from dad when he finally arrives.

On the first summer vacation, they fell together when the first wave toppled them while playing in the shallow water. However, Sam didn’t cry because he swallowed a lot of water and fell, but because Happy lost an eye and “sneezed” salt for three days afterward. Still, he didn’t want to replace one-eyed Happy and instead, they performed a “surgery’ and cured him. Soon afterward, in one heroic clash between Sam and the dentist, the bunny permanently lost his eye in the sink.

However, the boy did not want another “surgery”, he just continued to carry the bunny around and love it the way it was.

The first day at the kindergarten was stressful for both of them. Sam cried, and when mom and dad left, Happy stayed to hold his hand. According to Sam, the bunny introduced him to other children and help them become friends. But, it was also hard for Sam to see other children taking Happy and playing. Sam was a little upset and little “something” he did not know how to explain. When they came home, mom, dad, Sam, and Happy had a family talk and found that it was absolutely fine for Happy to sometimes play with others. They fought through the adaptation period together, and according to the kindergarten teacher, they did it much faster than some other children.

Sam’s parents heard many times how it wasn’t good that he “dragged” that bunny everywhere he went, and that they had to explain to him it was only a toy and somehow separate him from the bunny – “It’s embarrassing to see, a big boy, about to start pre-school, dragging some bunny around.”

Fortunately, parents decided to listen to their son, and not the rest of the world. When the moment arrived, Happy sat on the shelf on its own and with it’s one eye watched his best friend do homework and become a man, just as they practiced together. 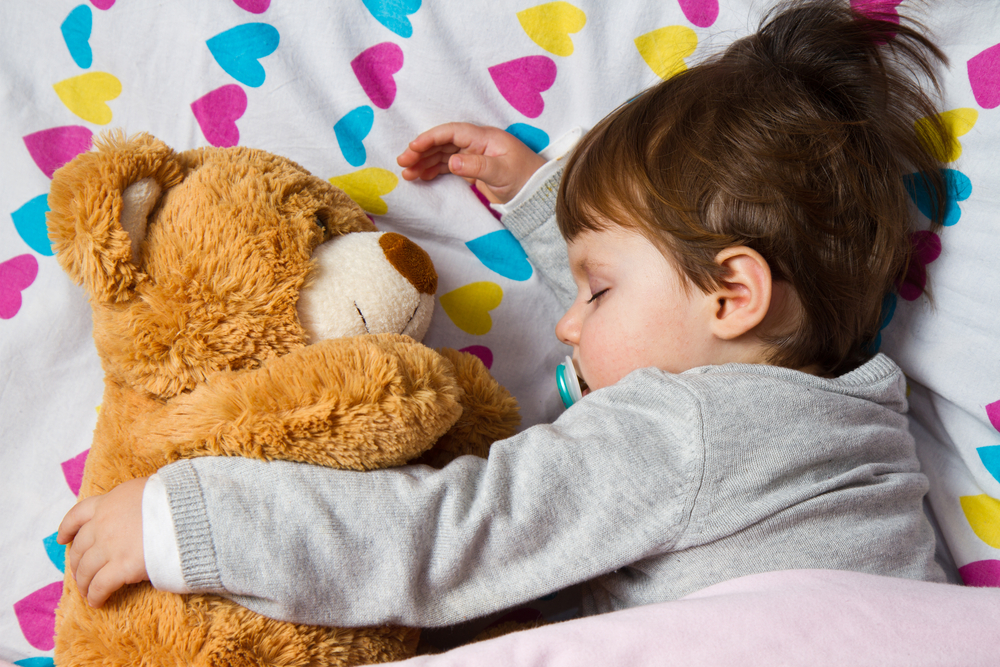 Let’s go back to the beginning now. Sam learned valuable things with one plush toy, so let’s “settle that score”.

Playing with toys is an excellent example for a child to learn to follow the rules in life. To play fair and not act aggressively when something doesn’t go its way. You’ll notice that the older and shabbier the toys are, the children love them stronger and do not want to replace them for a new and nice one. Children often carry around teddy bears or bunnies missing an eye or an arm, but they still remain inseparable. That’s love and loyalty, personally. That’s the model they will learn then and then apply it to all other relationships. It also teaches children how to take small items and little attention as truly precious things.

A child must know that the things they have – they have it owing to the moments you didn’t get to spend time with them because you are working, and they need you. Treating toys with care is direct respect for the money parents paid for them.

Let them do something they are able to (water flowers or clean the dust), and then give them the toy. My experience has shown me that they are going to love it more than other toys. This is also a great way for them to realize that things must be deserved – earned. Working habits are formed from the moment children become aware of the world around them. Not a minute sooner, not a minute later. These are coded patiently, in small steps adjusted to their age. The first step they should make is to put their first friends in their improvised homes. Once this becomes their habit, they will expand their responsibilities on their own, as they get older.

Children do not possess an awareness of the importance of personal hygiene or a healthy diet. There are things they don’t like to do. So it would be nice and useful to involve their favorite toy in those activities and to help them. It is much easier when they see someone next to them doesn’t cry while washing their hair or eating vegetables.

Fear is abstract, it is difficult to explain and even more difficult to overcome. With toys by their side, children can “tangibly” see that nothing happened when they went through something a child is afraid of. If a child talks to their toy, it is nothing problematic, but good. They formed an emotional bond and it is natural for them to have an imaginary dialogue. That way, children further develop their imagination and emotional intelligence. They realize that someone gets them, listens to them, understands them, feels sad or happy with them, or hugs them. It is a very important prerequisite for becoming emphatic.

Every beginning is hard for children. Besides new people, children in that period get to know themselves and the undiscovered sides to their personalities. For the first time, they feel jealous or jeopardized. However, they don’t even know what that is or how to tell you and explain it to you. All of it will be less prominent and stressful if they know that someone “from home” is holding their hand.

All toys are a bit of Happy the bunny, or at least they should be. Parents, if you picked up toys as children, bravo and well done. If you continue to do so as an adult, think about how much the change of the practice will impact your child’s development. Oh, and also, does your child have their “Happy the bunny”?