The Benefits of Music Education for Your Child

Music lessons can improve your child’s learning skills. Read more about the benefits of music education.

Whether your child is the next Beyonce or is more likely to sing its solos in the shower, it is bound to benefit from some form of music education. Research has shown that learning the do-re-mis can help children excel in ways beyond the basic ABCs.

Research has found that learning music facilitates learning other things and enhances skills that children inevitably use in other areas. Mary Luehrisen, executive director of National Association of Music Merchants (NAMM) Foundation, a not-for-profit association that promotes benefits of making music, says:

A music-rich experience of singing, listening and moving is bringing very significant benefits to children as they progress into more formal ways of learning.

Making music involves more than just singing or playing the instruments; a child learning about music has to simultaneously tap into multiple skill sets. For instance, people use their ears and eyes, as well as large and small muscles; says Kenneth Guilmartin, the cofounder of Music Together, an early childhood music development program for infants in kindergarteners that involves parents or caregivers in the classes.

Learning music supports all learning. It is not that Mozart makes you smarter, but it provides you with very integrating and stimulating fun time or activity – Guilmartin says. When you observe children ages two to nine, one of the breakthroughs in that area is how music benefits their language development, which is important at that stage – says Luehrisen.

Children come into the world ready to decode sounds and words, and music education helps them enhance those natural abilities. She says that growing up in a musically rich environment is often advantageous for children’s language development. But Luehrisen adds that those inborn capacities need to be reinforced, practiced, and celebrated, which can be done at home or in a more formal music education setting.

According to the Children’s Music Workshop, the effects of music education on language development can be seen in the brain. “Recent studies have clearly indicated that musical training physically develops the part of the left side of the brain known to be involved with processing the language, and can actually wire the brain’s circuits in specific ways. Linking familiar songs to new information can also help imprint information on young minds,” the group claims.

This relationship between music and language development is socially advantageous to young children. Dr. Kyle Pruett, clinical professor of child psychiatry at Yale School of Medicine and a practicing musician, says:

The development of language over time tends to enhance parts of the brain that help process music. Language competence is at the root of social competence. Musical experience strengthens the capacity to be verbally competent. 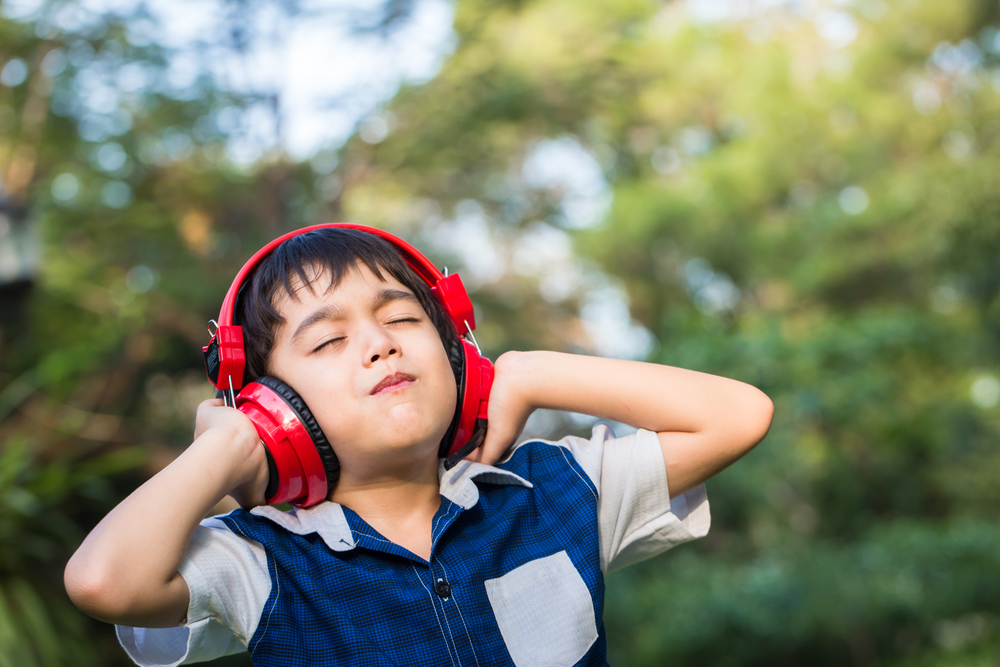 A study by E. Glenn Schellenberg at the University of Toronto at Mississauga, published in a 2004 issue of Psychological Science, found a small increase in the IQs of six-year-olds who were given weekly voice and piano lessons. Schellenberg provided nine months of piano and voice lessons for a dozen six-year-olds, drama lessons (to see if exposure to arts in general versus just music had an effect) to a second group of six-year-olds, and no lessons to a third group. The children’s IQ was tested before entering the first grade, then again before entering the second grade.

Surprisingly, the children who were given music lessons over the school year had averagely scored higher on the test by three IQ points than the other two groups. The drama group didn’t have the same increase in IQ, but did experience increased social behavior benefits that was not seen in the music-only group.

Research indicates the brain of a musician, even a young one, works differently than that of a non musician. Dr. Eric Rasmussen, the Chair of the Early Childhood Music Department at the Peabody Preparatory of The Johns Hopkins University, where he teaches a specialized music curriculum to children two months to nine years old, says:

There’s some good neuroscience research saying that children involved in music have larger growth of neural activity than people who are not in music training. When you’re a musician and you’re playing an instrument, you have to use more of your brain.

In fact, a study led by Ellen Winner, professor of psychology at Boston College, and Gottfried Schlaug, professor of neurology at Beth Israel Deaconess Medical Center and Harvard Medical School, found changes in brain images of the children who underwent 15 months of weekly music instruction and practice. The students in the study who had received music instruction improved in sound discrimination and fine motor tasks, and brain imaging showed changes to the networks in the brain associated with those abilities, according to the Dana Foundation, a private philanthropic organization that supports brain research. Research has also found a causal link between music and spatial intelligence, which means that understanding music can help children visualize various elements that should go together, like they would do when solving a math problem.

We have some pretty good data that music instruction does reliably improve spatial-temporal skills in children over time.

These skills come into play when solving multi step problems one would encounter in architecture, engineering, math, art, gaming, and especially working with computers.

A study published in 2007 by Christopher Johnson, professor of music education and music therapy at the University of Kansas, revealed that students in elementary schools with superior music education programs scored around 22 percent higher in English and 20 percent higher in math scores on standardized tests, compared to schools with low-quality music programs, regardless of socioeconomic disparities among the schools or school districts. Johnson compares the concentration that music training requires to the focus needed to perform well on a standardized test. Schools that have rigorous programs and high-quality music and arts teachers probably have high-quality teachers in other areas. If you have an environment where there are a lot of people doing creative, smart, great things, joyful things, even people who aren’t doing that have a tendency to go up and do better.

And it doesn’t end there: along with better performance results on concentration-based tasks, music training can help with basic memory recall. Pruett says:

Formal training in music is also associated with other cognitive strengths such as verbal recall proficiency. People who have had formal musical training tend to be pretty good at remembering verbal information stored in memory.

Music can improve your child’s abilities in learning and other non music tasks, but it’s important to understand that music does not make one smarter. As Pruett explains, many intrinsic benefits of music education include being disciplined, learning a skill, being a part of the music world, managing performance, being a part of something you can be proud of, and even struggling with a less than perfect teacher.

It’s important not to oversell how smart music can make you. Music makes your kid interested and happy, and smart will come later. It enriches his or her appetite for things that bring  pleasure to you and your friends. While parents may hope that enrolling their child in a music program will make it a better student, the primary reasons to provide your child with musical education should be to help them become more musical, to appreciate all aspects of music, and to respect the process of learning an instrument or learning how to sing, which is valuable on its own merit. Rasmussen says:

There is a massive benefit from being musical that we don’t understand, but it’s up to the individual. Music is there for its own sake. The benefits of music education for me are about being musical and achieving a better understanding of yourself. The horizons are broader when you are involved in music. Your understanding of art and the world, as well as the ability to perceive and express yourself, are enhanced.