Why Parents Sing to Babies

Listening to music comes naturally to children, and the majority of parents say that they sing to their infants regularly. Did you know that singing has a positive impact on children?

Children are usually exposed to and involved with music from an early age. Whether it is a parent singing to calm them before bedtime or to entertain them in the afternoon, singing plays a crucial role in a child’s life. Most parents know that music can be a source of joy for children. Yet, research shows that it is also a very useful teaching tool. Let’s have a closer look at why singing is beneficial to children.

Why Do Parents Sing to Children?

Sandra Trehub and her colleagues are researchers at the University of Toronto, who have been interested in the question of why parents sing to their kids, and why it comes to them so naturally. They found evidence that singing is a better tool than talking when trying to calm infants. The study also found that singing can improve children’s health and strengthen social bonds between parents and kids. According to the researcher, the voice is a very powerful stimulus to young children. This is because “infants have the ability to recognize their mothers’ voice before they have the ability recognize her face.” 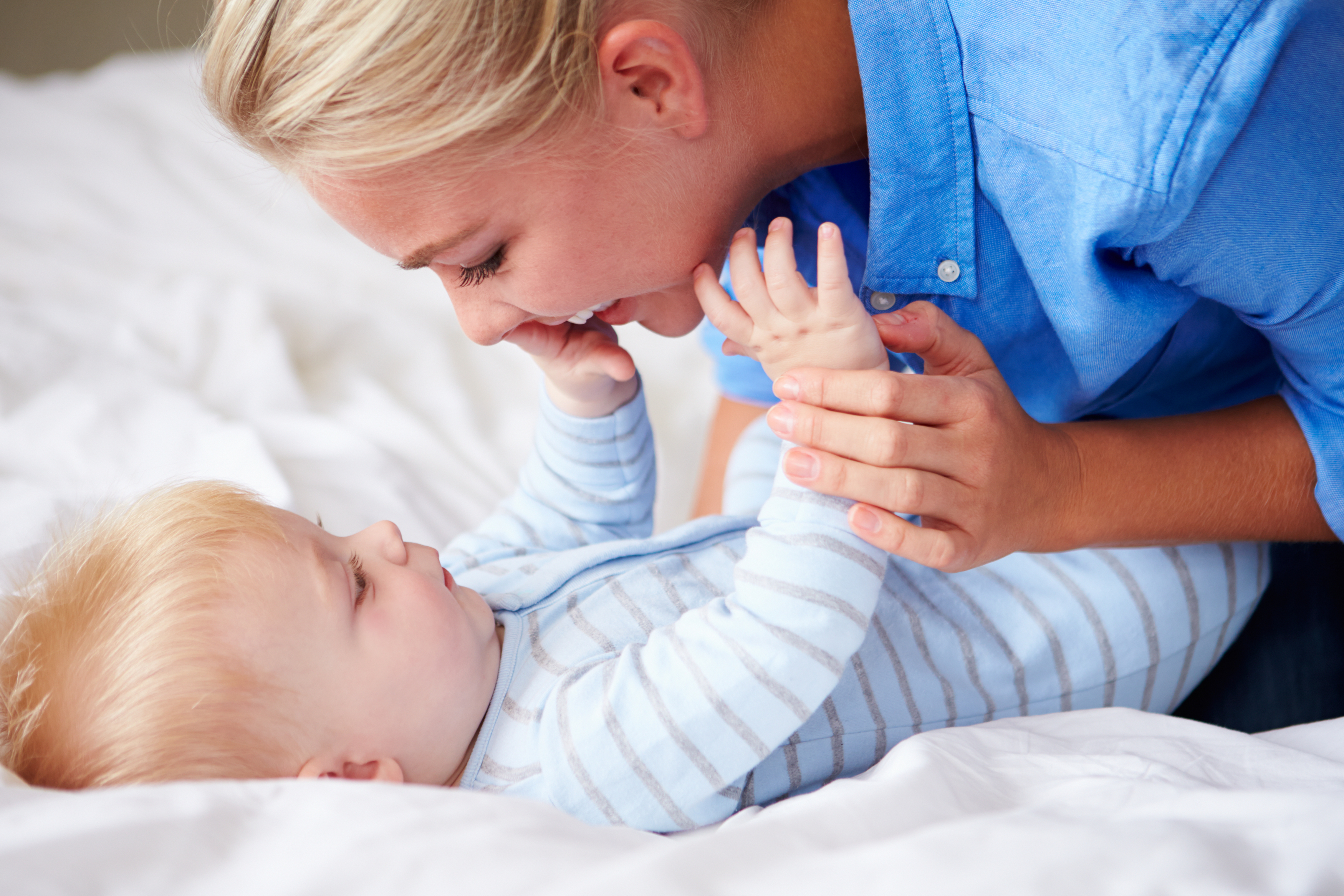 The researcher was also able to show that singing in itself is responsible for the effect of calming infants, rather than other factors such as parents’ attention or smooth touches. The team created an experiment in a laboratory, asking parents with 7-10 month old infants to leave their child in the laboratory room with no distractions or people around them. The researchers then started playing audiotapes, of either a person who sang or spoke the lyrics of a song. While the babies were from French-speaking families, the audiotapes were recorded in Turkish. Observers who did not know which audio was playing monitored the babies. The study found that the babies who were listening to a person singing on the audiotape remained twice as calm as the infants who were only listening to the voice talking. The team conducted a second experiment which found similar results. This time all conditions remained the same but a French speaking person recorded the audiotapes. The experiments lead to the conclusion that the singing in the background kept the infants somehow engaged even if it was an unfamiliar environment, voice, language, and tune. Clearly, a voice of someone singing fascinates babies and powerful enough that it helps them stay calm even if their parents are not around.

The Fascination with Singing

It is still unclear what fascinates babies about listening to somebody singing. There have been a few studies in the past showing that adults are somehow wired to listen for melodies, rhythms, and lyrics in music. At the same time, these patterns activate our brain’s reward centre producing positive physiological effects. Research on children has found that kids from the age of five years onwards can express emotions when they sing using musical patterns such as tempo and intensity. While the researcher Glen Schellenberg found that children younger than five years old already register emotional cues in music, a more recent study suggests that even unborn babies at 16 weeks respond to music. This implies that children’s attention and interest in music is not dependent on training or experience. It is possible, that their interest stems –similarly to that of adults- from musical patterns, making them almost hypnotized by the repetition of lyrics or instrumental phrases. 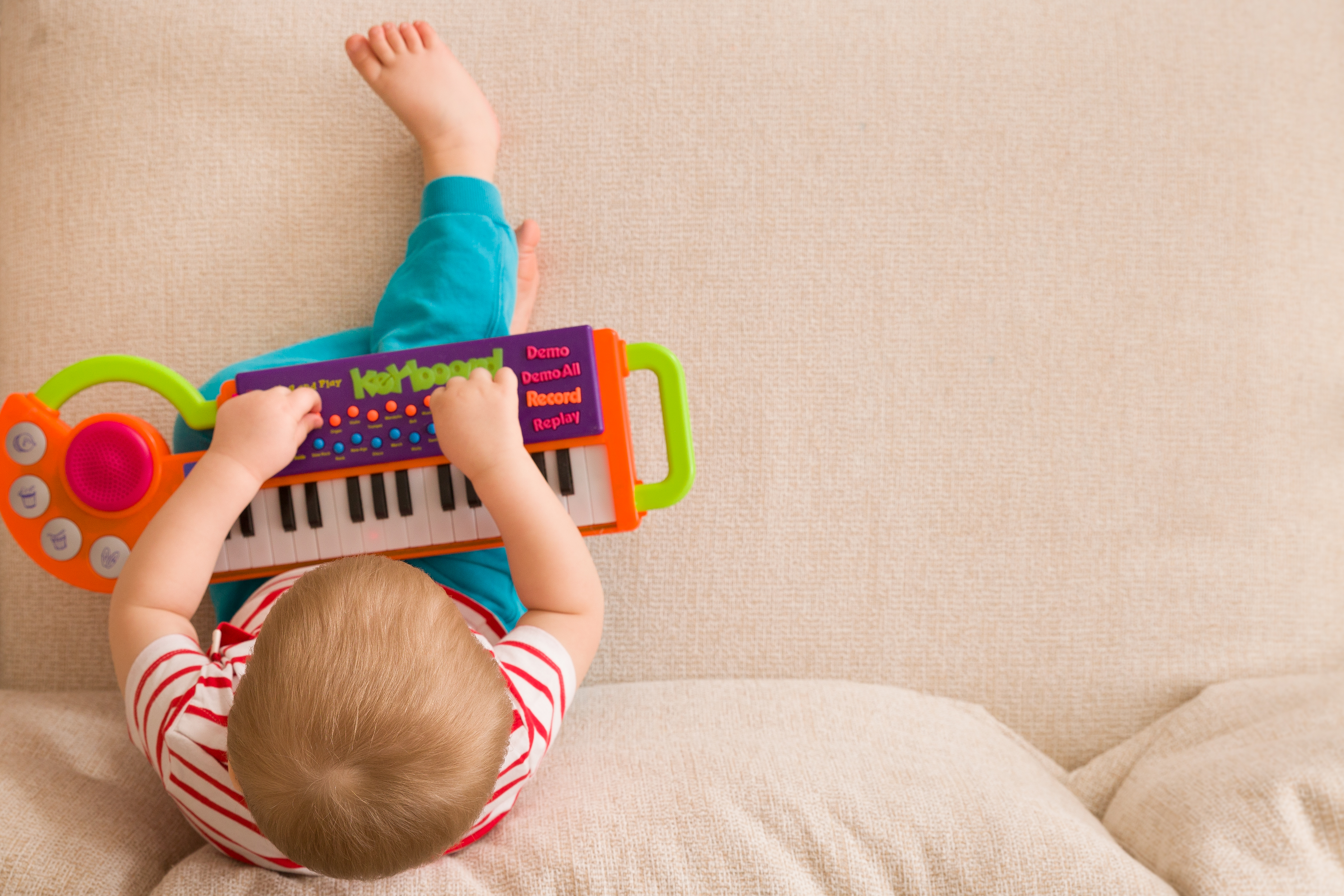 Research has also found evidence that music increases social bonds and improves learning in adults. Sandra Trehub and her team concluded that this is also true for infants because they seem to be naturally attuned to singing and auditory stimuli. The team carried out an experiment in 2009, showing that children as young as 6 months old could match recordings of people singing with the videos of the same people singing even when the sound was turned off. This skill may support children identify the most important adults in their lives.

Although the researchers did not find any evidence that singing improves an infant’s cognitive development, it is known that children are able to sing before they learn to speak. Some children are already capable of extending portions of melodies and lyrics even if they can only speak a few words. Clearly, singing helps children to become more fluent in sound production.

Singing as a Tool of Joy

Finally, it is important to remember that singing should be mainly used to help infants regulate emotions rather than thinking of it as an effective learning tool. Emotional regulation through music is still widely underestimated. However, music can make a child more engaged and happy which helps parents form close bonds more easily. And in the end, it is really about the ability to enjoy some quality time with the kids.