Hypokinesia in Children and How to Overcome its Consequences

Hypokinesia in children or a lack of physical activity can lead to various consequences, from classic cardiovascular problems to psychological problems such as neurosis.

A human’s need for movement is a basic need such as the one for food, drink and sleep. However, hypokinesia, ie lack of physical activity is increasingly occurring in both school and preschool-aged children. In addition to bad habits and parents’ lack of education about the importance of physical activity for the proper growth and development of their children, modern forms of entertainment with the use of technology also contribute to the insufficient movement. Accordingly, today, children play less and are less physically active, and spend more time in the so-called passive body positions – sitting and lying down. By forming such habits, they move away from the natural need to move and reduce most of their physical and functional abilities.

What are the consequences of Hypokinesia in children?

Prolonged immobility leads to muscle weakness and a decrease in cardiovascular and respiratory functions. When, in addition to hypokinesia, the child does not have a proper diet, but his nutrition is extensive and does not contain the necessary vitamins and minerals for proper development, there is an accumulation of adipose tissue. Excess adipose tissue especially endangers blood vessels, which due to the reduced capacity, do not deliver enough blood to the tissues, the brain, and thus oxygen. Lack of vitamins and minerals affects the structure of bones and muscles, which directly influences posture.

Obesity, high blood pressure, poor posture, aggression due to insufficient “discharge” of energy through movement, various forms of neuroticism are just some of the problems that hypokinesia in children can cause. 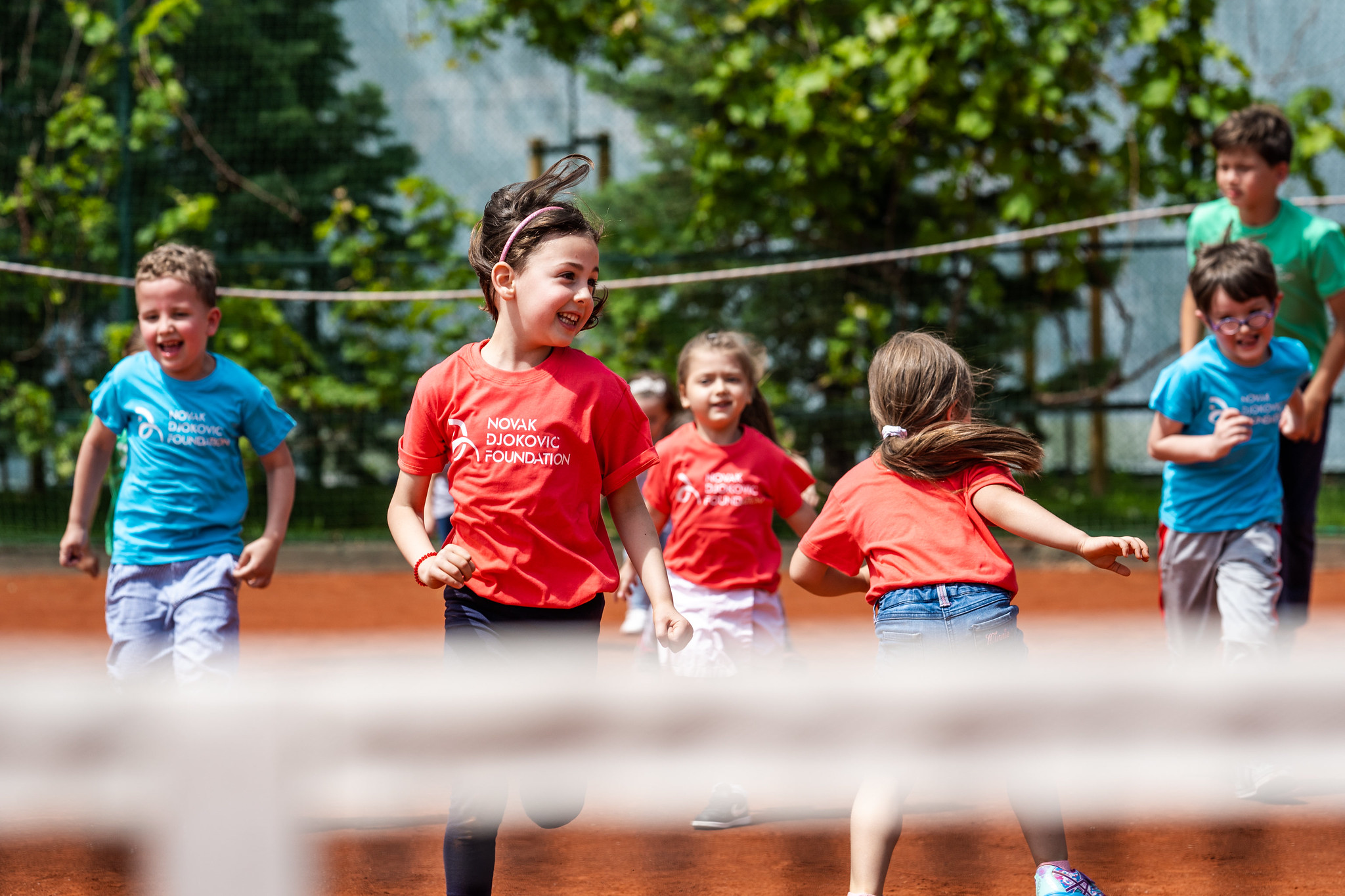 Hypokinesia in children can have various consequences, from classic cardiovascular problems to psychological problems such as neurosis.

The importance of physical activity during early development

Although today we have numerous fitness and recreation centers, not many children dedicate their free time to physical exercise. Parents generally focus on education, learning a new language or math classes, and there are also extensive homework assignments that need to be done even after sitting at a school desk for several hours. However, schools and kindergartens are the only places where regular physical activity is still held, planned and adapted to children. Because of this, more and more attention is paid to school and preschool physical education. In that way, we can prevent body deformities and eliminate the consequences of poor posture, ie. postural disorders.

Research shows that more than 60% of children in Serbia have elements of poor posture that can develop into physical deformities.

Due to the lack of preschool capacities in Serbia, many children spend a lot of time with their grandparents, whose mobility is normally reduced and slowed down. This can be another reason for reduced movement and poor posture of the child because by observing them during their earliest development, instead of their parents and preschool teachers, they adopt the habits of grandparents.

That’s why it is important to work on forming the right habits and adopting the necessary motor skills at an early age. Most habits, attitudes and needs are formed in childhood, and that is why parents and teachers should pay the most attention to children in that period.

The power of children’s play

Play is the most natural way to practice and work with preschool and younger school children. Children should be children and develop their motor skills, as well as discovery, observation, social, practical life and work activities through imagination and play.

The game can be as mobile as running, jumping, climbing, overcoming various obstacles, throwing, catching. In this way, all muscles and motor abilities are developed, such as speed, dexterity, agility, flexibility, sense of balance, precision and endurance. If they play outside and mix spontaneity with certain rules, they favorably affect the functioning of the organism as a whole. Through play, as an inexhaustible source of joy and satisfaction, the child relaxes, and irritability and nervousness disappear. 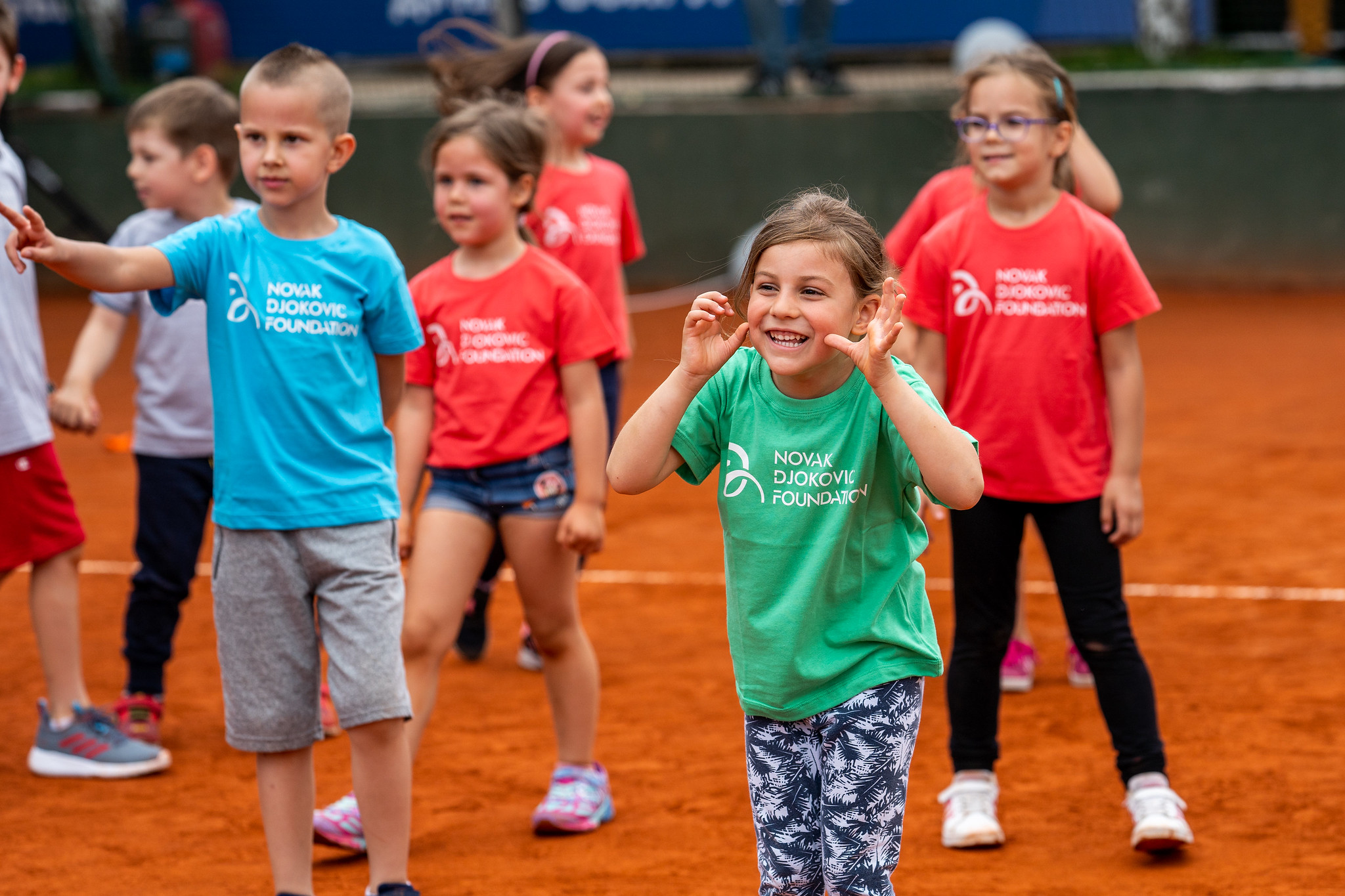 Children should be children and develop their motor skills, as well as discovery, observation, social, practical life and work activities through imagination and play.

Also, the game can be focused on a defined goal, task, plan and program adapted to the age of the child.

The duration of organized play for younger children should last between 15 and 20 minutes, while for older children up to 40 minutes.

Through this type of game, specific muscle groups that we want to stimulate are developed and strengthened. For example. exercises to develop shoulder girdle muscles, back or leg muscles as well as a sense of balance and other habits of ability and movement. This type of game or activity includes scooter and bicycle riding, sledding, skating, skiing, rollerblading and water activities (playing, exercising, swimming). In addition to these ways of playing, you can also practice morning gymnastics or going to sports playrooms or the habit of taking a break from computer games and school obligations in order to play and practice for at least half an hour.

Classic exercises that require a calm attitude do not suit a preschool child because they lose interest quickly, considering that their level of consciousness is such that they do not understand the purpose of these exercises. However, through play, fun, creativity and challenges, the desire to be outside for at least “another 5 minutes” is awakened. Through play, children socialize with their peers and thus develop social and emotional intelligence as well as the desire for improvement and progress, perseverance, courage, solidarity, they become more independent and self-confident.

Hypokinesia in children is a serious problem that leads to various consequences not only in childhood but also later in adulthood. That is why parents, teachers and the education and health system as a whole should try to show children that play is much more interesting and important than computers and mobile phones, and that no matter how many responsibilities they have during the day, time should be found for play and physical activity that makes them happy and healthy.

About the author: Anđela Škaro is a specialist in physical therapy with many years of experience working with patients with neuro-musculoskeletal problems. In addition to academic and professional training in the field of homeopathy and Reiki method skills, she is the founder of the massage center “FIT od A do Š” in Belgrade.