Associazione Culturale Plana, dedicated to acknowledging people and organizations whose activities reflect a social and ethical dedication to the improvement within their communities, organized a festival on ethics in ADI Design Museum in Milan. Novak Djokovic Foundation was presented with an Etico Ethical Award for their ethical approach and significant contribution to early childhood education in Serbia.

Last week, Novak Djokovic was collecting accolades in the north of Italy — both in Piedmont and in Lombardy. And as the Masters in Turin was going right down to the wire, Novak Djokovic Foundation was awarded yet another international recognition — Etico Ethical Award, which recognized the importance of investing in early childhood education and development in Serbia. 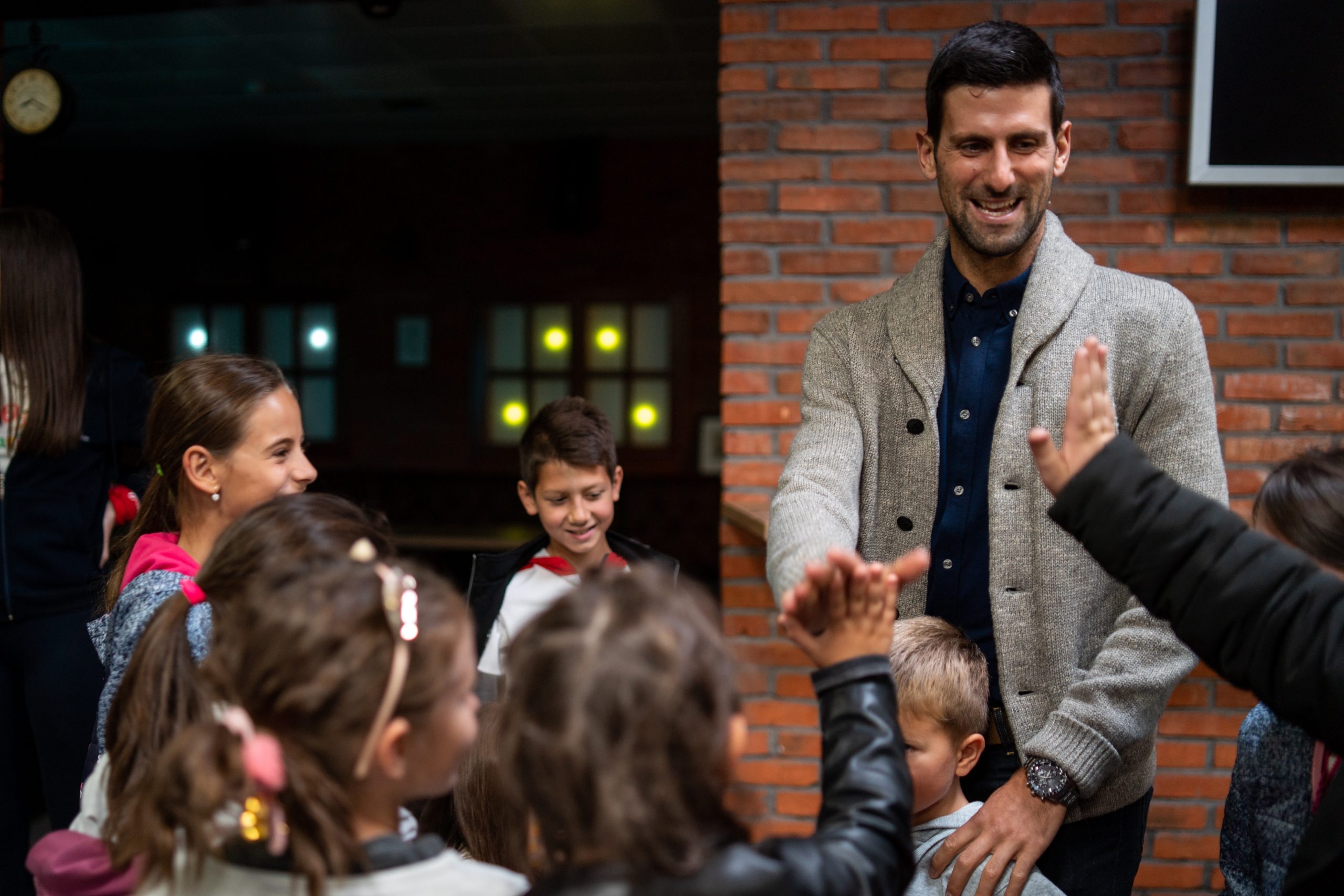 Novak loves children & they love him right back!

Sergio Costa, founder of Associazione Culturale Plana and a big admirer of Mr. Djokovic both on and off the court, particularly lauded his humility, citing an example when, during the first wave of the pandemic, Djokovic helped a hospital in Bergamo with a significant donation, while insisting that he did not want to speak about it publicly. Although being absent for obvious reasons, Novak wrote a letter in which he accepted the aforementioned award, emphasizing the willingness to give back as a key value, as well as the gratitude and the sense of belonging that he feels towards the Italian people.

In his letter, Djokovic particularly lauded his Foundation’s Team which, according to him, works dedicatedly in order to create better conditions for the future generations; as well as many wonderful partners and donors, who choose to continue to believe in Foundation’s mission year after year, together.

“There is no greater deed than giving back. This value has been embedded in me ever since I was a child. Later in life, thanks to the continued support of my family, combined with the platform that tennis has provided me with, this value has turned into a passion worth pursuing. […] Last but not least, I would like to thank the Italian people for being so supportive throughout the years. I have always felt at home in your country. The fact that this award comes from an Italian association makes this recognition much dearer to my heart,” wrote Djokovic.

All NDF Team is grateful for the award and would also like to use this opportunity to wish their co-founder the best of luck for the rest of the season!