How I became a parent that I always wanted to be

We are immensely proud to see that the participants in our programs, readers of our blog, and followers of our social media create a special community that likes to share experiences with each other and their views on topics in the field of parenting and early development. Sometimes, a personal story can leave a bigger impression than dozens of books written by experts. That is why today we share the story of Tamara Perović, mother of four children and a participant in our “Support, not perfection” program for parents. Tamara already wrote once about how she realized that there is no such thing as a perfect parent, and this time she writes about how she faced some parenting challenges. Share with us your own parenthood challenges. Write us a comment below the blog!

But what kind of parent do I want to be?

I want children to respect me, and to deserve their respect, I must respect them. I want my children to feel safe and protected at all times. I want to be their “safe harbor” that they will return to if they come across a problem and someone who will help them resolve that problem, without making them feel guilty.

I started thinking about how I can become such a parent. Because, even though it all sounds easy and logical, I find myself in a challenging situation from time to time, and when I’m seconds away from turning into a parent I don’t want to be and use some old correctional method that older generations swear by.

Self-control and being lucid at such moment are crucial.

And yes, I sometimes lose control, where I can already hear myself shouting before becoming aware of it. And then I feel sorry. I feel sorry I reacted that way. I feel sorry that my shouting hurt my child’s feelings. And I promise myself that I’ll do better next time. That I will react more intelligently. That I know better and that my child deserves better. 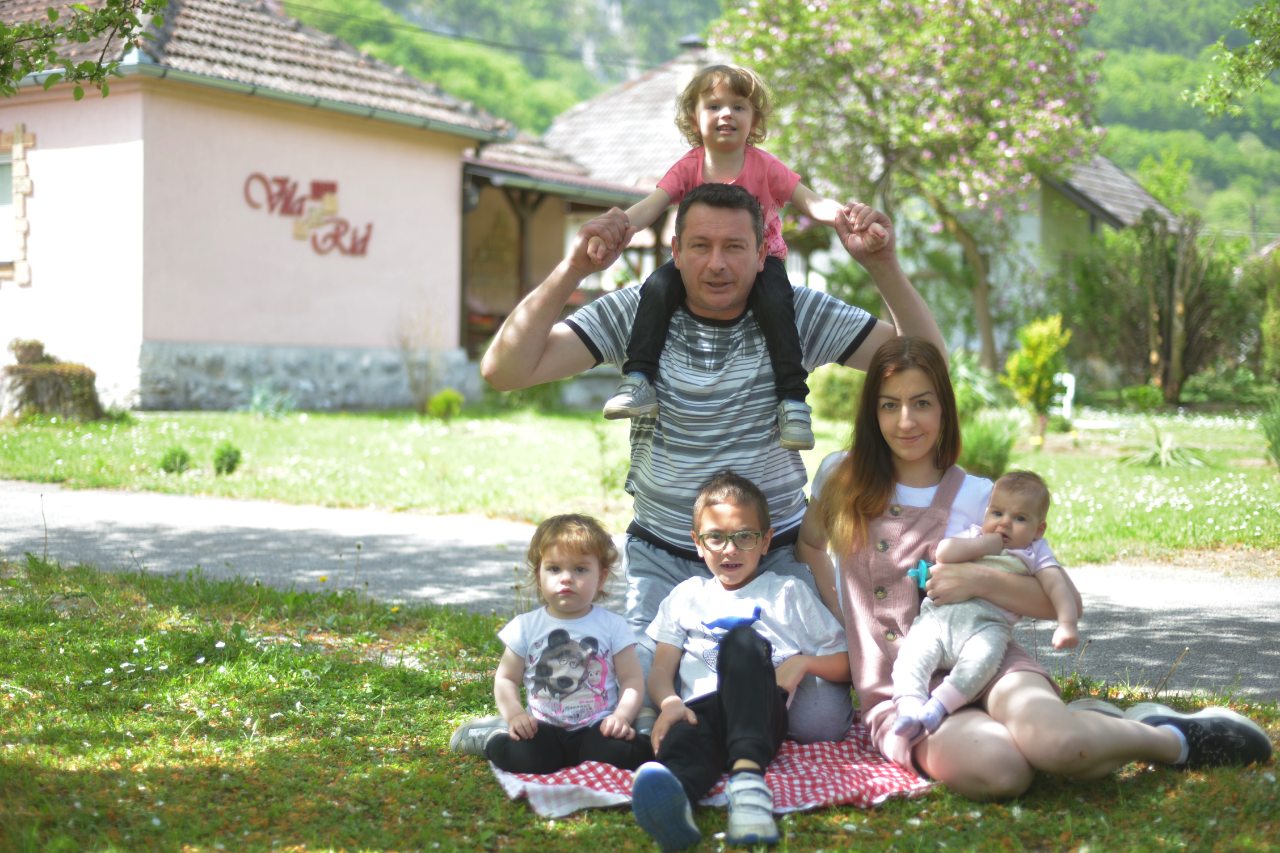 Tamara Perovic: “When I became a parent, I knew exactly what kind of parent I didn’t want to be.”

I thought about the causes of my shouting. It’s true that the main cause is not the child. Rage, anger. Why? Because I failed to control my child? Because I didn’t raise it well? Because I failed as a parent? Because I lost self-control and didn’t set the boundaries and authority I wanted? Because, if the child did not listen to me, maybe they don’t see me as important?

Conclusion? In the center of it all, is actually ME.

When I raise my voice, I’m only showing that I don’t have control, that I’m lost and that I don’t have a solution for that situation. And as such, I can’t be a good example for my child. You know the saying – when someone is wrong, they start shouting so others would think they’re right? This is similar to that. I shout, because in that way, at that moment, I believe that I can regain control that I lost over the situation.

And it’s not the end of the world to make a mistake. What’s important is for those mistakes to sober us up, and that we don’t repeat them.

I’ll tell you right now, being bossy has no effect either. I tried it and realized that it doesn’t work.

Instead of being bossy, it’s much better to COOPERATE. And yes, children want to cooperate.

I’ll try to explain, using my own experiences.

Children will be children, they play, and before you know it, toys are all over the house. In the evening, when it’s time for the evening routine, I use a strong tone to order my children to pick up their toys. One child is already making up excuses, the other is pretending it didn’t hear me, while the third is half-heartedly picking up the toys and taking them to the box, sighing the whole way.

In the same situation, I come to their room in a good mood, with a smile, and with a mild tone, I ask them what game they’re playing, and they show me. We play together for a few minutes. Then, with the same tone, and with a smidge of excitement, I tell them: “Now, let’s return all the toys to their home, so they can sleep, while we will make an exciting race! Each of you picks a box and let’s see who can collect more toys. We’ll play music, and when I turn the music off, the race is over. How does that sound?”. The children are thrilled. In less than five minutes, the toys are collected, and, most importantly, the children REALLY WANTED to do it. There, it’s that easy. 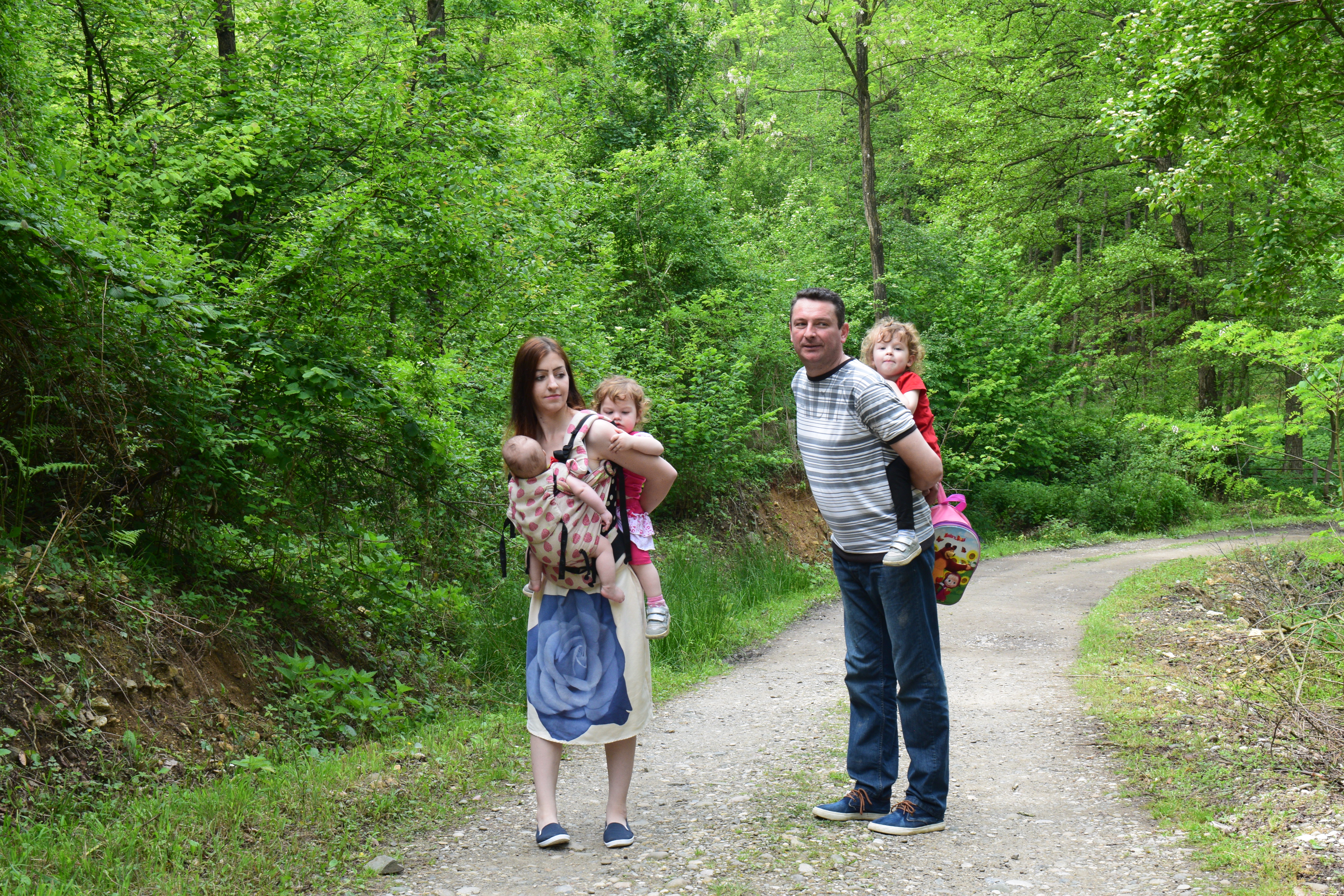 Tamara Perovic and her family.

If you aren’t sure how to be a parent who doesn’t use violent methods to raise their children, sit, and start thinking. Write down some of the challenging situations you face every day. Write about how you resolve them currently. Then think, and write how you would resolve them in a non-violent manner.

Next time you find yourself in one of those situations, remember these positive solutions.

Everything takes time and practice. If you don’t succeed every time, don’t give up. In time, you will find yourself using positive solutions more and more, and violent ones less and less. And you know the best thing? That there will be less and less of these challenging situations and conflicts because the child will want to cooperate with you.

The child’s reaction is actually feedback for your behavior towards them. The parent is the child’s role model. If you resolve every conflict with anger, rage, shouting…the child will start to resolve its own conflicts in the same manner. Both with us, the parents, and their peers, teachers, co-workers, neighbors… And that’s not something we want, is it?

That’s why it’s important to establish cooperation and be a role model that resolves problems and conflicts, not by reacting harshly and looking for someone to blame, but by looking and the situation objectively and constructively looking for a solution. And when we build rapport with the child early on, it will be a partnership that lasts a lifetime.