There was it in the distance, hiding among the clouds in all its glorious beauty – the roof of Africa. A 5.895 m challenge that led many hikers to failure. But Miljana and Jelmer were not one of them, because they were empowered by one more goal – to raise money for quality preschool education for children in Serbia.

Mount Kilimanjaro is the tallest mountain in Africa, making it one of the seven summits. Each year thousands of climbers try to reach the peak, but many give up due to the altitude sickness. Miljana Milosevic and Jelmer Berendsen, a couple from Amsterdam, couldn’t resist this challenge. Sport is a part of their everyday life, and each year they try to do something outside of their comfort zone. So for this year, they chose to climb the tallest free-standing mountain on the planet.

But at the same time, they came up with another idea!

They decided to use this expedition to draw the attention of their friends, colleagues, and families to the importance of investment in the early childhood education of children in Serbia!

„I grew up in Serbia (more precisely in a town called Kragujevac), and while I gladly remember my childhood, only now do I fully understand the importance of that period of life and how crucial it is in realizing someone’s full potential in the future ”, explains Miljana. 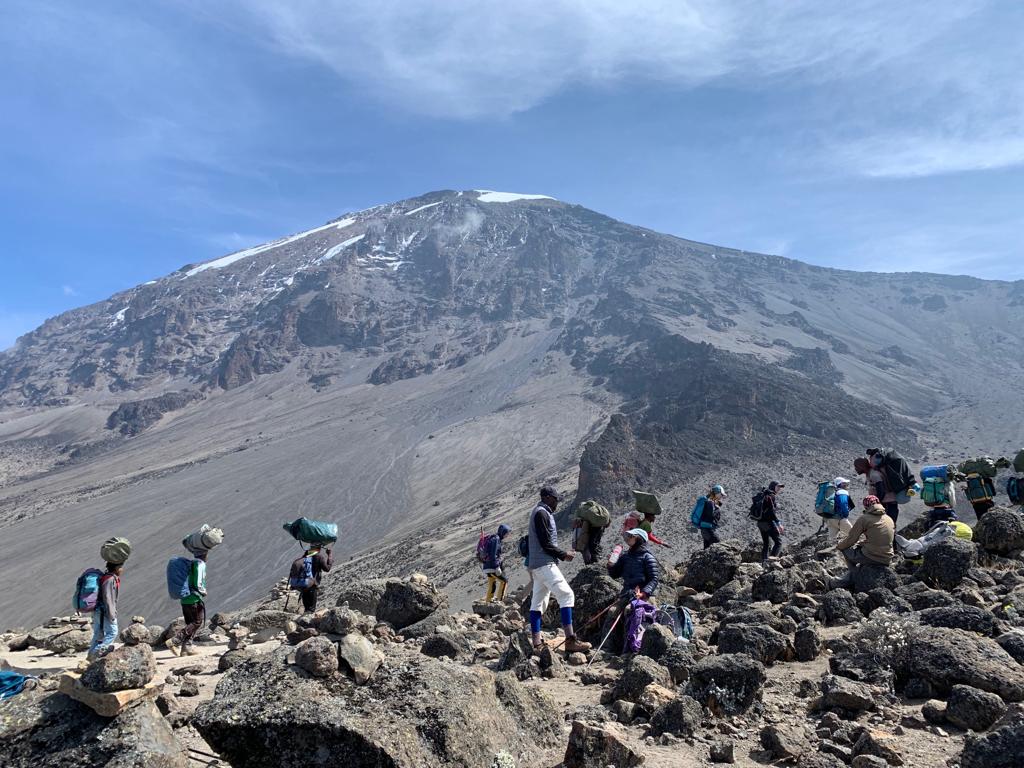 Mount Kilimanjaro is the tallest mountain in Africa, making it one of the seven summits. Each year thousands of climbers try to reach the peak, but many give up due to the altitude sickness.

In 2014, UNICEF research showed that, in Serbia, only 50% of children aged 3 to 5 are enrolled in a preschool program. In rural areas, this percentage drops down to 22%. So, our Foundation pledged to change these statistics for the better. To us, every child is a champion and deserves a chance to make all of his dreams come true.

“We would like all children in Serbia, to have a chance to attend pre-school education and to get to know the world through play and learning. We want to provide future generations with a stable foundation for the future. The Novak Djokovic Foundation focuses on that, and we have been following your work and mission for a long time. That’s why the choice to support your team was extremely easy for us.” 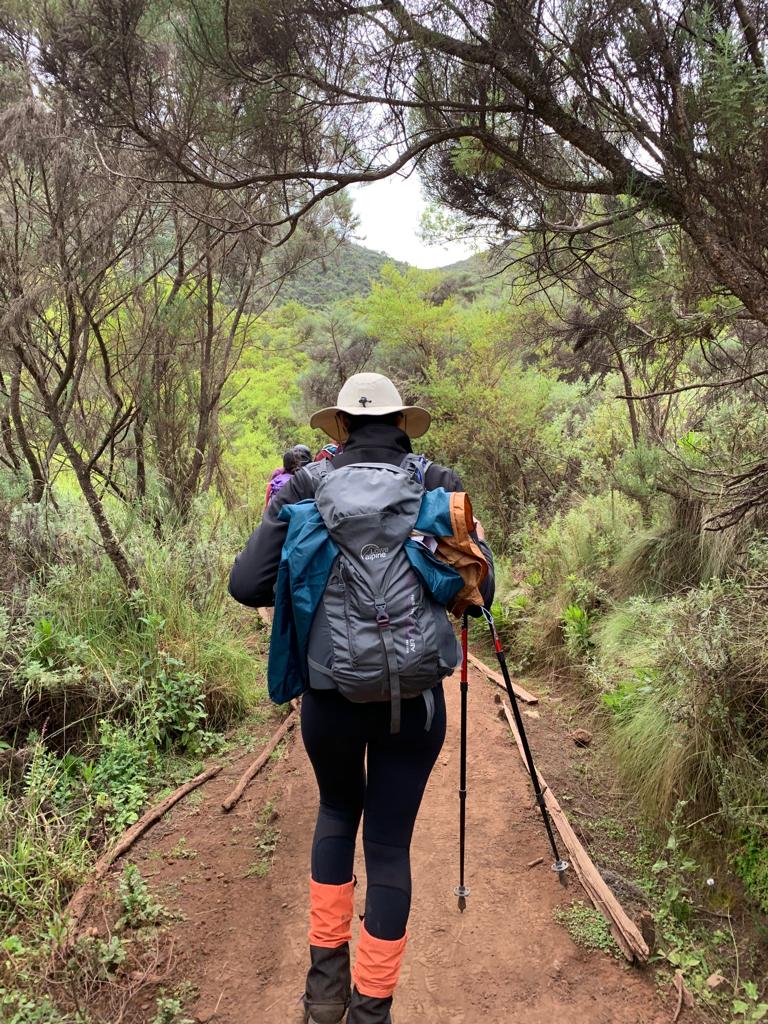 Miljana grew up in Serbia and she wants to give children in Serbia a beautiful childhood as she had.

They were both surprised by the great interest and support given by their friends and colleagues who are not from Serbia. In addition to raising the awareness of early childhood education of children in Serbia, they also managed to fundraise 500 EUR in just seven days before starting with their expedition!

“Motivated by such support, we headed to Tanzania! 8 days and 5 climatic zones later we found ourselves on the roof of Africa – UNREAL! Even now the impressions are so strong that it’s hard to convey in words … I hope the pictures speak on our behalf! The path to the summit leads through the tropical forest, the steppe, and then we find ourselves in an alpine desert where only a mountain stone surrounded us. None of this would have been possible without our Tanzanian guides who have passed on to us a sense of serenity and a philosophy based on the proverb “Pole Pole” which means Slowly Slow and “Hakuna Matata” which means No Worries, “ says Jelmer with excitement. 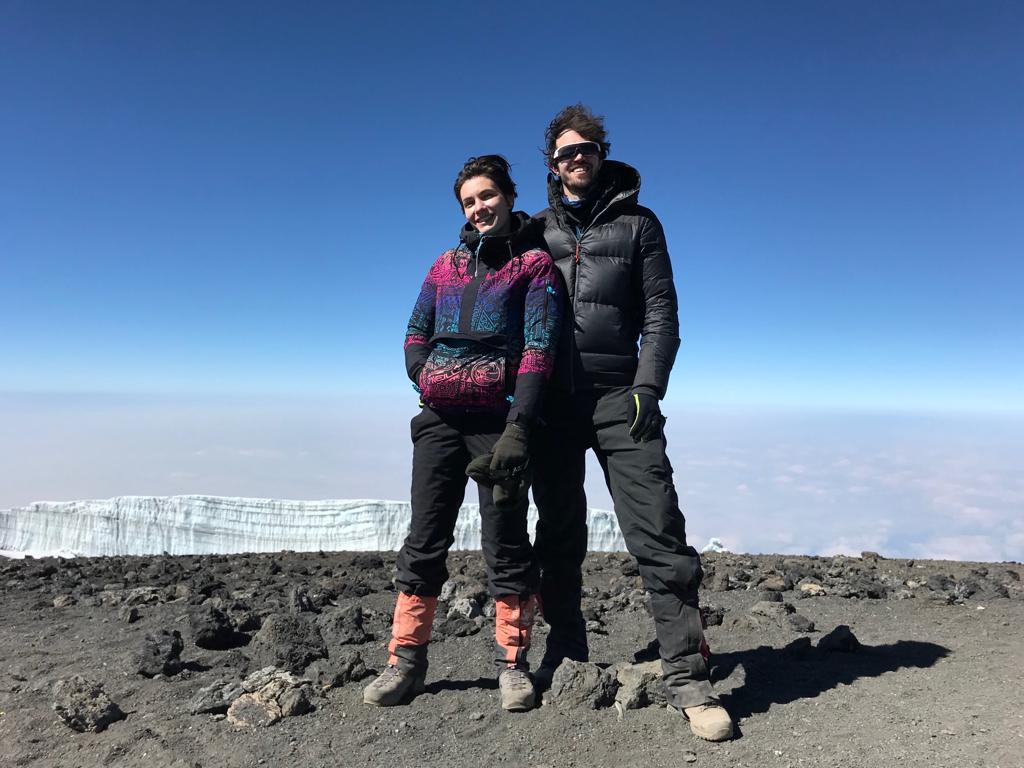 Miljana and Jelmer would like all children in Serbia to have a chance to attend preschool education and to get to know the world through play and learning.

By the end of their expedition, thanks to their fundraising campaign called “ Kili Climb a.k.a Deca su ukras sveta” they raised 695 EUR for children in Serbia!

The money will be used for our infrastructure projects to expand the capacity of kindergartens, so every child in Serbia would have access to quality preschool education. Until now we have reconstructed and equipped 44 kindergartens and helped over 22000 children.

So, Miljana’s and Jelmer’s conquest did not only change their lives, but also the lives of children who will one day strive to overcome challenges like they do.

“Lack of oxygen and sleep, symptoms of altitude sickness – this is all forgotten when you stand on the top of Kilimanjaro. When you stand there, time stands still and the future is full of perspective. Everything is in its place and everything is fine. Now and always. We learn from difficult times and the beautiful moments lead us to some new peaks ”, concludes Miljana. 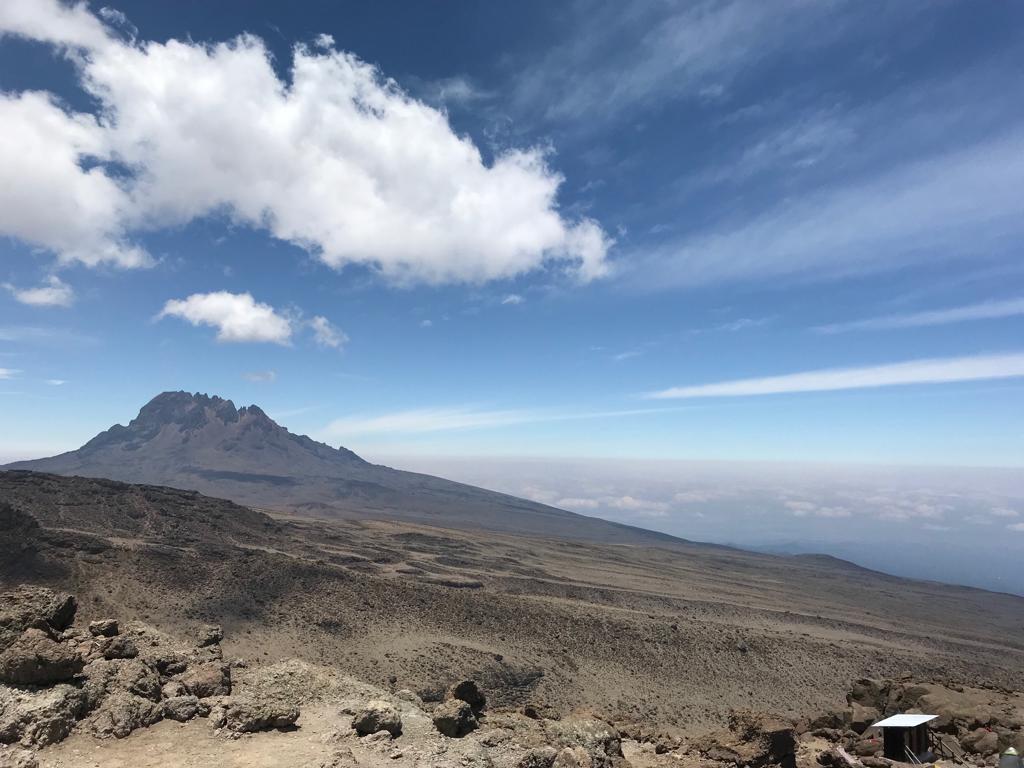 Miljana and Jelmer climbed 5.895 m and raised 695 EUR for quality preschool education for children in Serbia.

If you are inspired by this beautiful fundraising story and want to help us achieve our mission, you can start your fundraising campaign via this link. Remember – every effort counts! Whether you pledge your birthday or just sell some lemonade, it can all be a great fundraising idea to help provide children with quality early years. Because it is not only about raising the money, but also about raising awareness of how important it is to give children the right support. For the end, we also want to share with you the fundraising message that Miljana and Jelmer spread with everyone who supported their campaign:

By giving every child the opportunity to receive a quality preschool education, we are giving them a chance to flourish. To believe that they are worthy of their dreams. Early childhood education is the foundation upon which they will stand for the rest of their lives, and the foundation for the future of our world.