Kindergarten changed Nadja’s upbringing by, among other things, helping her overcome her fear of separation from her mother. “If she hadn’t started kindergarten, she would probably have started preschool with the same problems at the age of 6, and we would have had that long period of adjustment again,” shared her mother Ivana.

Currently, in the village of Vajska, Bac Municipality, up to 60 children go to kindergarten every year. They use one small room in shifts, which is part of the local primary school and which can accommodate only up to 20 children. Parents have a great need to enroll their children in a full-time stay so that they can work more and thus provide greater financial security for their family, however, due to the insufficient capacity of the kindergarten, it is not possible to organize it.

In order to solve this problem, we launched this year’s fundraising campaign Season of Giving with the aim of opening kindergartens in the villages of Vajska and Ljubiš. All those who believe in our work can join the Vajska or Ljubiš team and help us provide quality early education for more than 100 children. 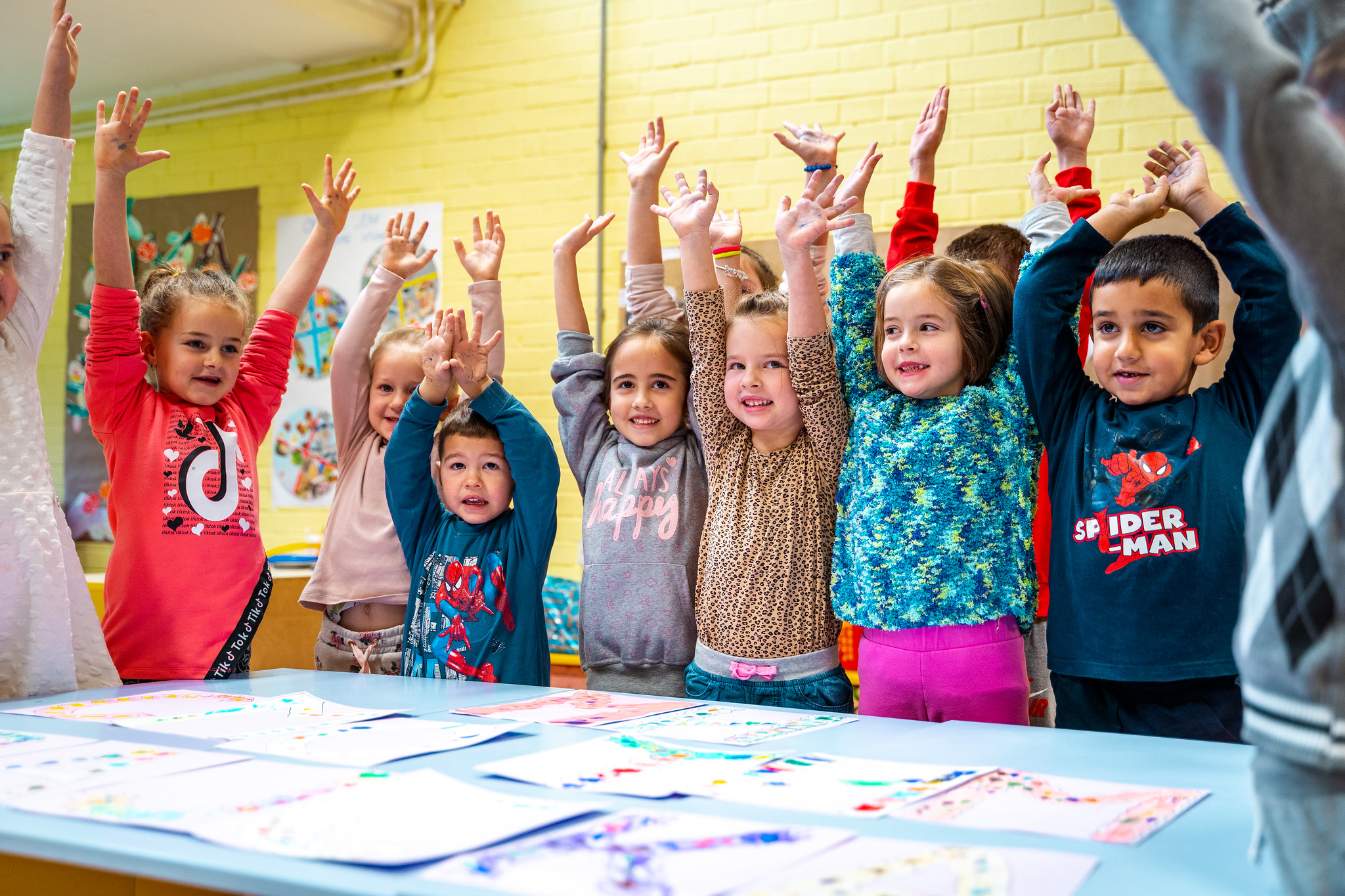 Currently, in the village of Vajska, Bac Municipality, up to 60 children go to kindergarten every year.

The team of multicultural and kind-hearted people.

The village of Vajska, as well as the entire municipality of Bač, is known for being home to as many as 25 national minorities. That is why in this area, in working with children, the emphasis is always placed on learning the language of the environment, socialization, and inclusion of as many marginalized groups as possible. Only in this way, can preschool education inspire multiculturalism and erase any stereotypes that arise in the early years.

This is exactly the environment we found on our first visit to Vajska. In a small room on the ground floor of the local primary school, we were greeted by excited children who were just finishing their drawings with the help of dedicated teachers. The task that day was to draw their feelings. The tables were full of drawings of smiles, tears, hearts and something that only children’s minds can understand and hearts can see. We were especially attracted by the drawing of little Nadja, who, as the teachers explained to us, the drawing of feelings significantly helped. Nadja managed to overcome her fears by drawing, which she could not explain in words due to her age. 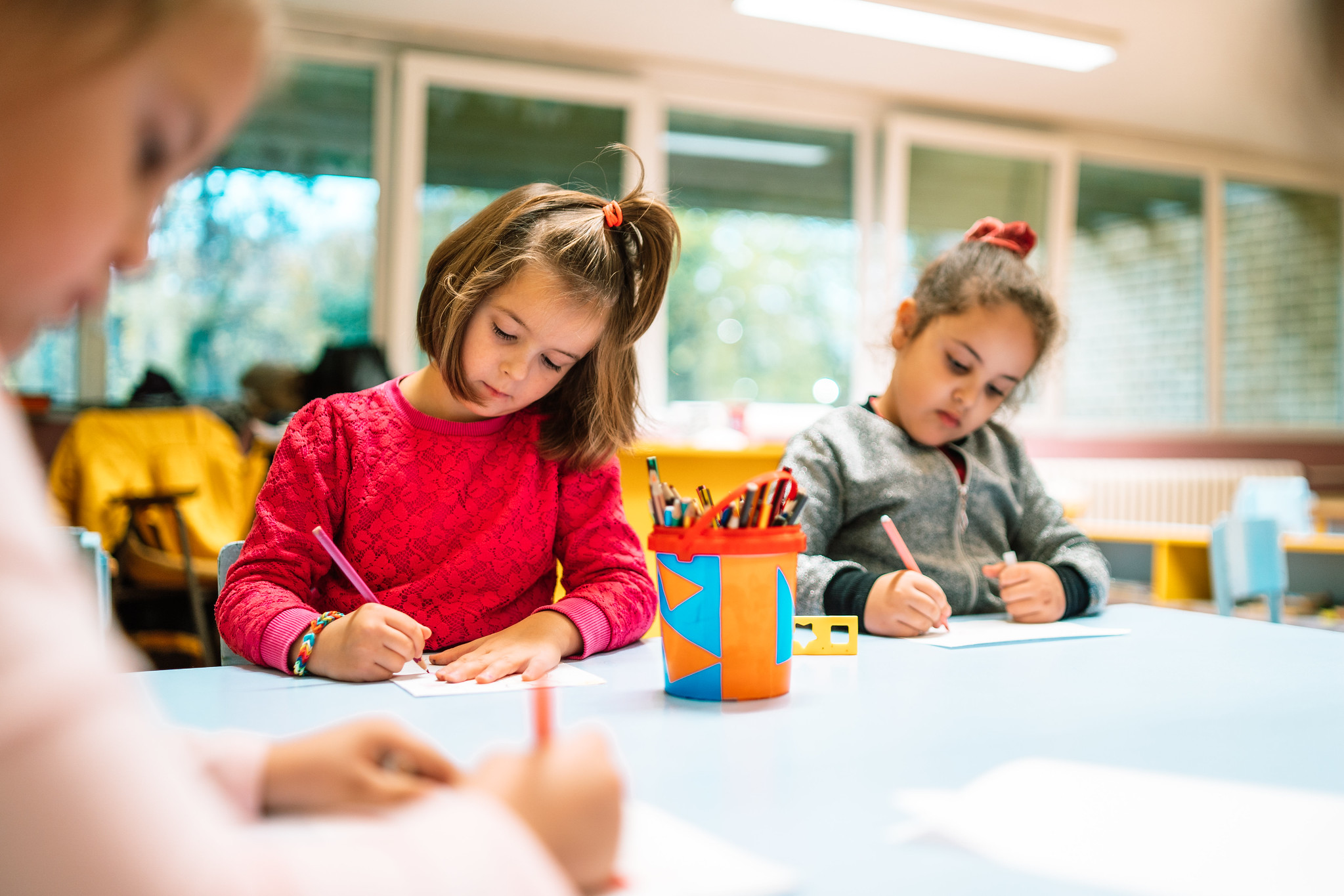 Kindergarten changed Nadja’s upbringing by, among other things, helping her overcome her fear of separation from her mother.

When her mother came to pick her up at the kindergarten, Nadja pretended not to see her in order to stay and play with her friends as much as possible. Ivana explained to us that it was unthinkable a couple of years ago. However, kindergarten changed Nadja’s upbringing by helping her overcome the fear of separation.

“In the beginning, Nadja had a big fear of separation from me. There were older children than her in the kindergarten and everything was new, and she was previously used to the familiar ambience.  I reminded her of a safe and familiar environment. With the help of teachers who motivated Nadja to draw her fears, over time we managed to develop that relationship of trust. She realized that it was okay to be alone in kindergarten and that I would not “escape” anywhere. Now I can sometimes hear her honestly tell me “I really forget about you sometimes!” And I tell her that it’s perfectly fine because now she has friends and we shouldn’t be together all the time. “ 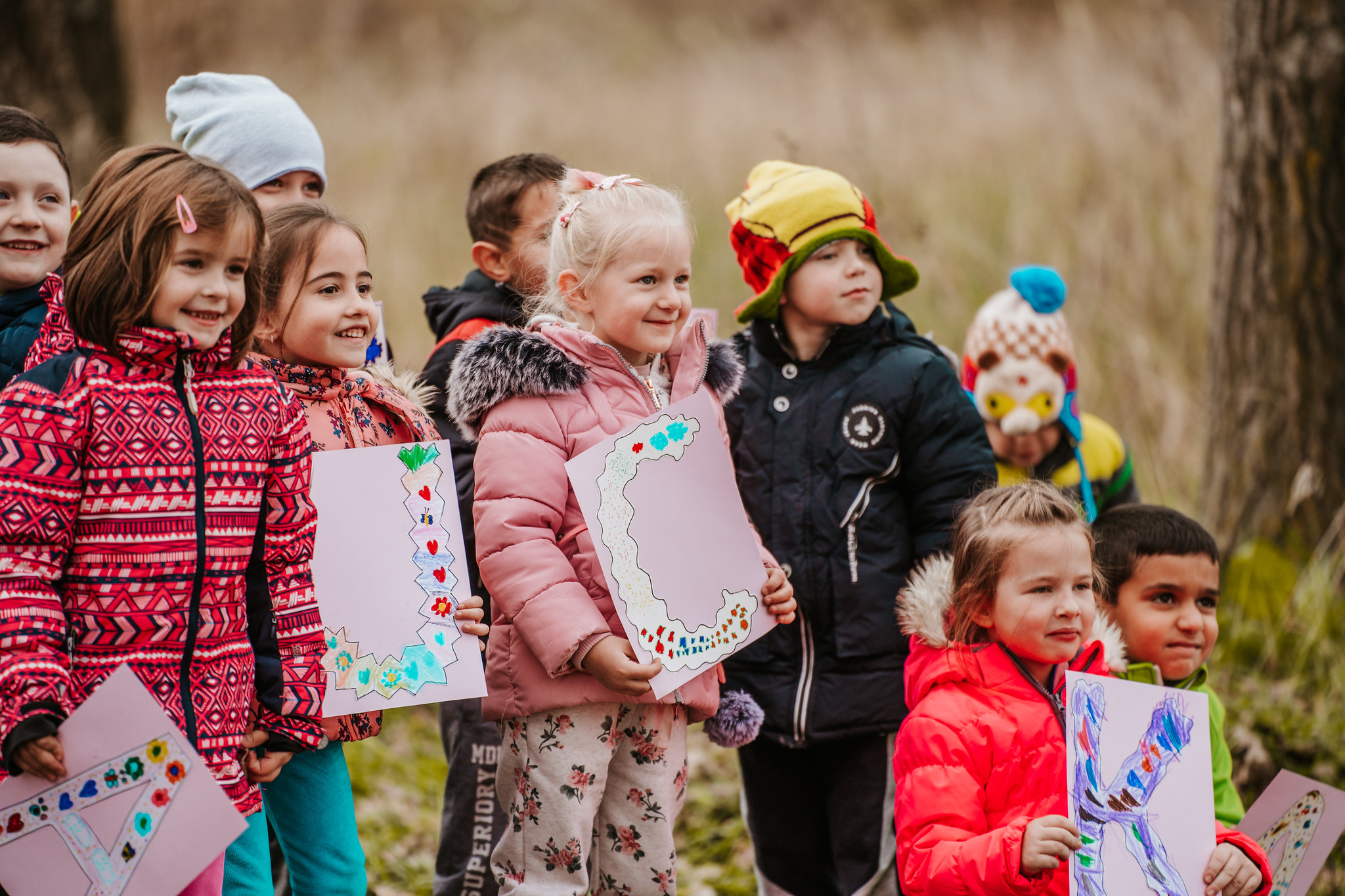 By opening a new kindergarten in the village of Vajska, our Foundation will provide enough space separated from the local primary school, fully adapted to children in their early years and equipped with the most modern toys, furniture and didactic material. The new kindergarten will be able to accommodate 80 children from this and surrounding villages every year. By increasing the capacity, not only will more children get access to quality early education, but we will also enable a full-day stay that will mean a lot to their parents.

“When children up to the age of 6 are constantly at home, it is really difficult for them to adapt to a new environment. That is why I think that children who spend more time in kindergarten are much more ready. It is beautiful that they learn from an early age that all members of national minorities in our community are equal. It’s great that Nadja is focused on important activities for her age every 4 hours and that she works with quality teachers.

If she hadn’t started going to kindergarten, she would probably have started preschool with the same fear of separation at the age of 6, and we would have had that long period of adjustment again. At that time she should already know that she should take part in some more serious activities on her own, but we would still hug every day when I leaver her at school”, explained Ivana. 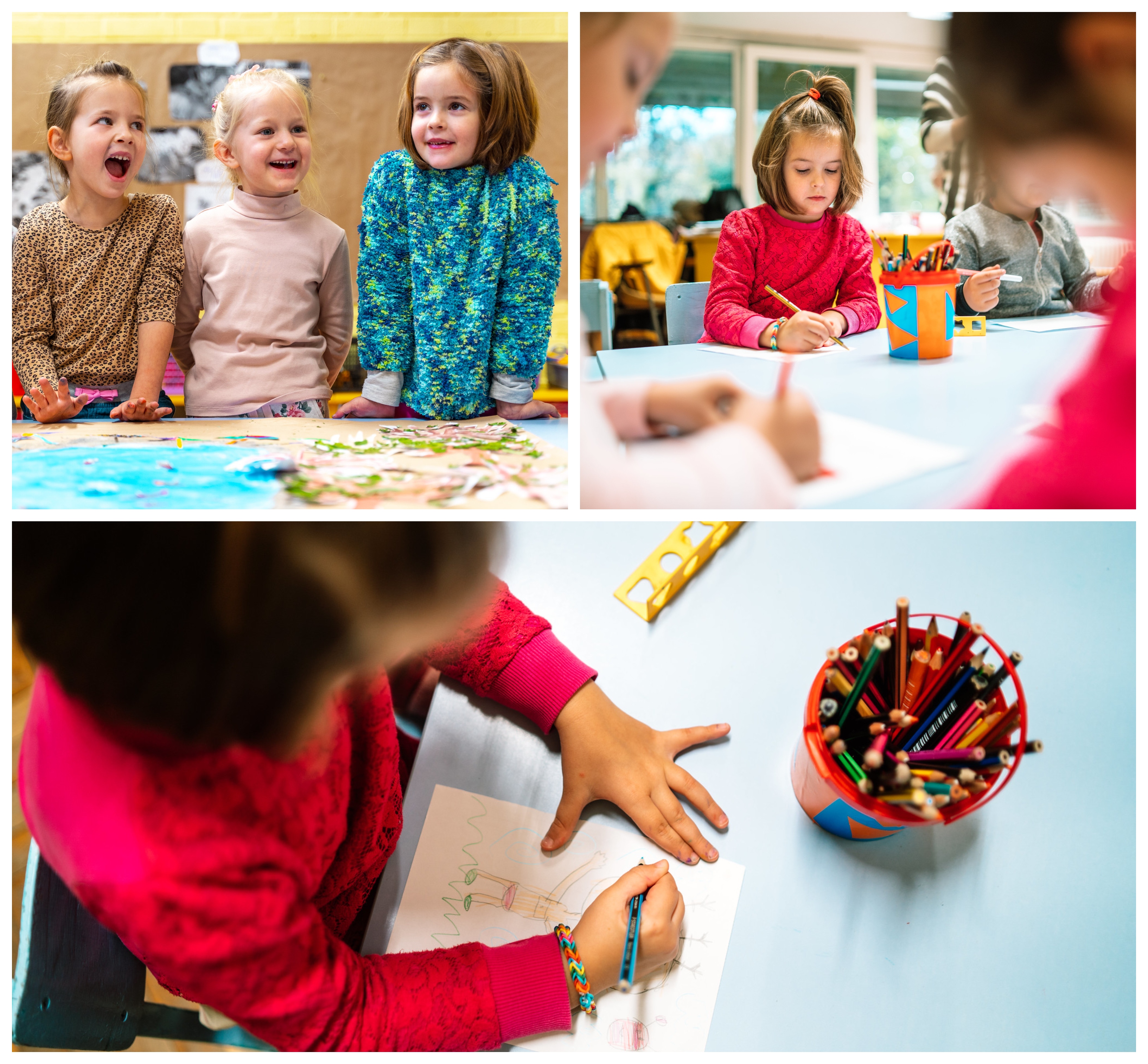 “If she hadn’t started going to kindergarten, she would probably have started preschool with the same problems at the age of 6”, says Nadja’s mother.

How can you join Team Vajska?

Unfortunately, a large number of children in Vajska and surrounding villages still do not have the opportunity to grow up in a supportive environment with their peers like Nadja. They are still cared for by grandparents, or parents who thus don’t have enough time for work.

However, together we can change that! Become part of Team Vajska by donating or fundraising via this link.

If you are not able to donate – no worries!

You can also help us by sharing the news about our campaign and the story of little Nadja and mother Ivana with your family, colleagues and friends on social networks. In this way, we share the message of the importance of investing in early development and supporting communities in rural areas in Serbia.

“Everything in Bac Municipality is already a more serious organization for us parents, which requires a lot of energy and time. That is why I am very happy that the children in Vajska will have more space, and thus other activities such as joint meals. Then it will be a real home. The opening of a new kindergarten is significant for the whole community in Vajska. Everyone is inspired when they see that someone has the will to change something and wants to take care of our little ones “, shared mother Ivana at the end. 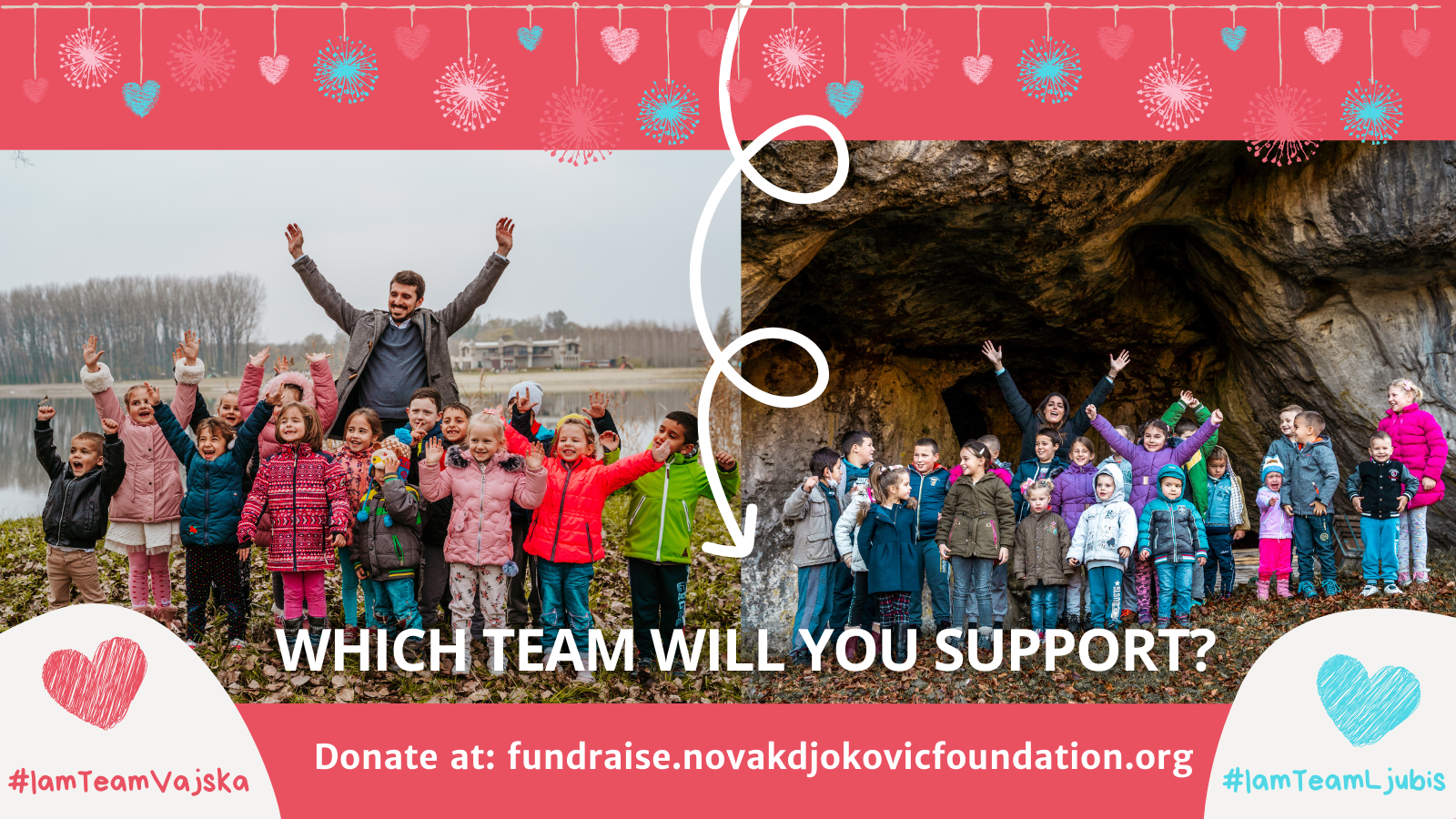