How Athletics Changed My Childhood

Research has shown that children who engage in individual sports grow up to rely solely on themselves and choose to fight their “battles” on their own. Individual athletes in later life grow up to be conscientious individuals who value autonomy, who are willing to take responsibility and who do not seek help from other people. I can safely say that I have experienced these changes on my own and that my long-time doing athletics has influenced my childhood more than positively.

I started athletics in the fourth grade of elementary school. I was shy, calm, a 10-year-old girl most often confined within four walls. At school, I encountered problems with verbal violence and did not get along well with my peers. Doing athletics and knowing that I was great at something, that there was a place, the club, where I hung out with other kids with no restrains, as well as being aware of my talent – raised my confidence at an incredible rate. I became proud of myself for the success I made in the sport and the good school results that followed very quickly. There is often a link between physical activity and success in school. It is believed that releasing excess energy through sport has the effect of improving concentration and better learning outcomes. I was becoming more extroverted, more social, and made progress in all walks of life. 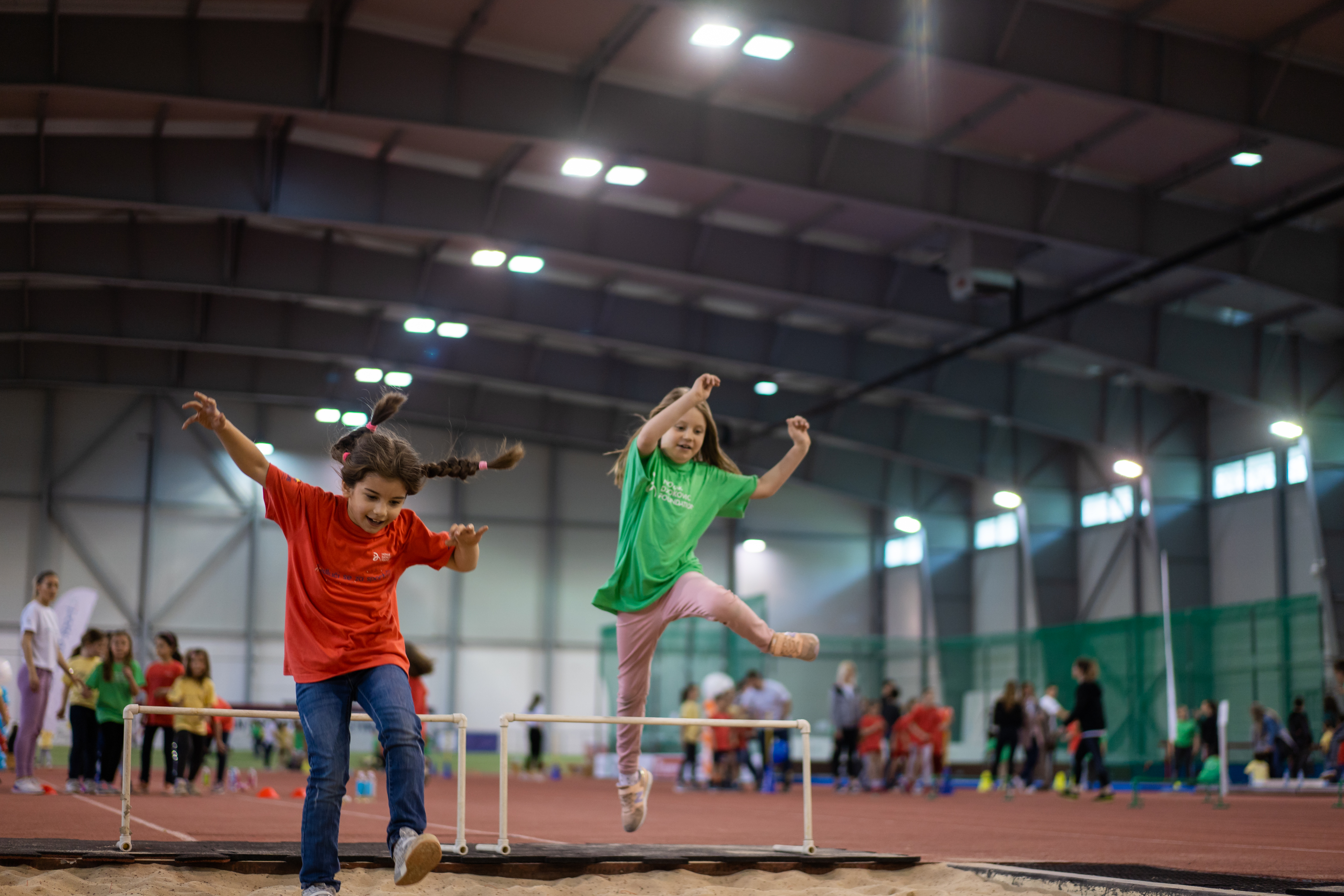 It is very important to mention that my coach played a big role in my development, developing my work habits, creating my ambition and responsibility besides the sport itself. He was extremely strict. He never gave in to us, and we knew the order and discipline of his coaching. However, despite being very strict, he loved and respected his work and all his athletes, and never missed a single training session. I used to stay for 3 hours at the practice until I achieved the results that he was looking for, and I wanted to quit a million times, but I did NOT! I find that the effort I made not to disappoint him has resulted in tremendous self-discipline, accelerated maturation, good working habits, and great persistence. 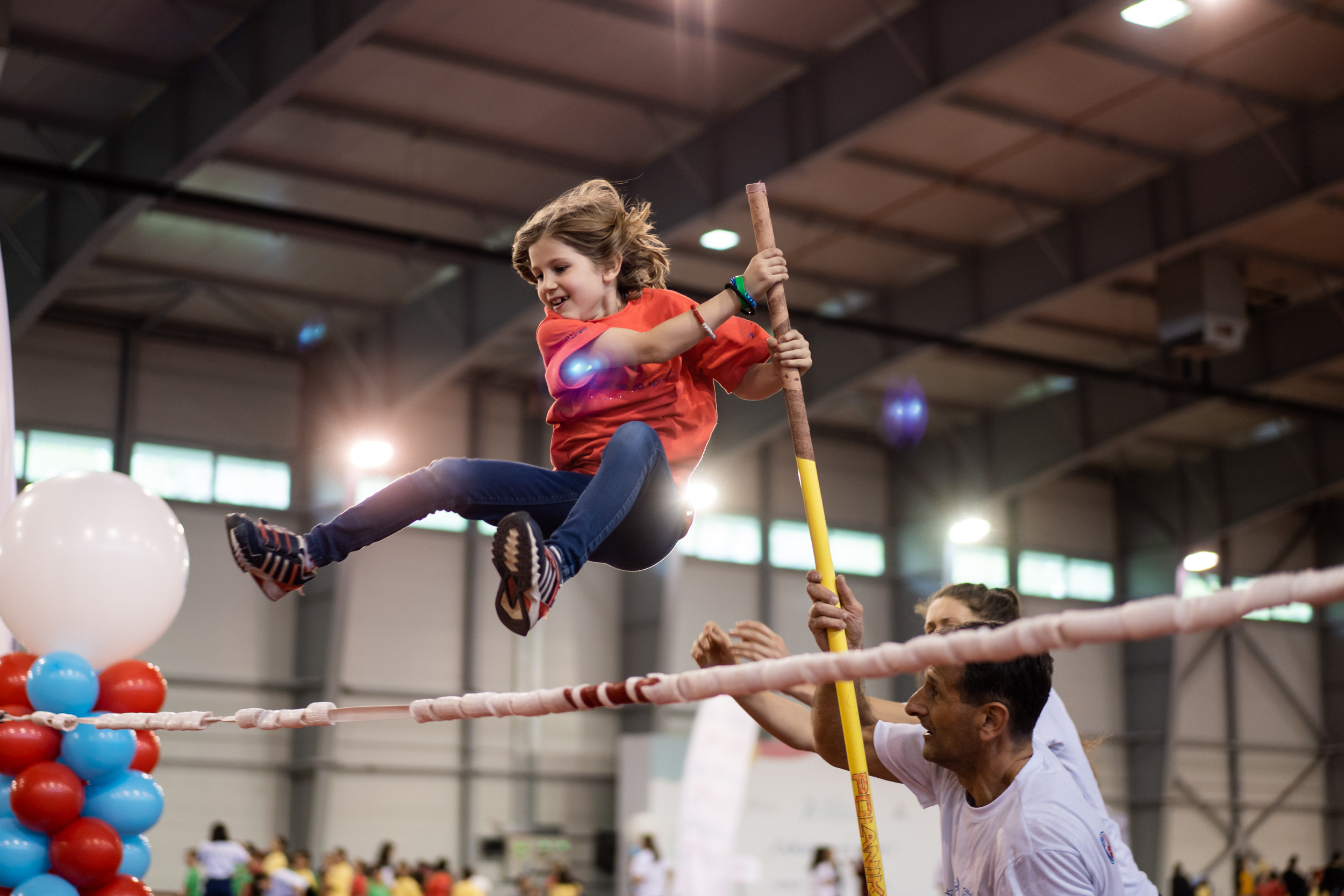 I did athletics at the competitive level and I would give my 100%. I can’t say I loved competing before every competitive weekend. Often I would feel deeply anxious, especially when I got into the track starting block or when preparing for the race, I would try to think of the excuses of how to quit. I didn’t want to get out of my comfort zone. I didn’t want to disappoint myself or the coach, and I found it easier not to get started. Before every competition, I fought a battle in my head. However, I would take part in every competition anyway and give my best without much thinking. The effort I put in, the time I set aside, and the effort I endured, led to very positive results.

I’ve changed. I’ve become ambitious. I am not afraid to wish for great things and to fantasize about my goals. But most importantly – I am ready to invest as much effort as it takes to fulfill my dreams.

I learned that the results never show just like that, but they are just a reward for the great work behind them. Even though I used to be jealous or envious of girls who achieved greater success, when I got older, I realized that it was only the result of their hard work.

I believe that individual sport is one of the best ways for a young child to learn what hard work is and see how success does not “just happen” to anyone. Athletics is suitable for both the physical and mental development of children. From my own experience, I can say that any kind of physical activity gives the little ones a pleasure, encourages them to compete, socialize and develop. Maybe not right away, maybe only after they finish their sports “career”. However, it is certain that they will develop work habits and responsibilities that even their parents may not be able to teach them.

What is #SportIn1Word for you?

5 Benefits of Sports for Kids