Dr. Jim Yong Kim: You Have to Live Your Life for Eternity

In an exclusive interview for The Original , magazine for youth supported by Novak Djokovic Foundation, Dr. Jim Yong Kim, President of the World Bank sits down  with Ksenija Pavlovic to talk about most pressing global issues and the commitment of tennis great Novak Djokovic to end inequality in Early Childhood Education.

At seven o’clock on a frosty Wednesday morning I made my way from New York City to the HQ of the World Bank in Washington D.C., to meet Dr. Jim Yong Kim, President of the World Bank and talk about his commitment to end inequality in Early Childhood education. Near the Farragut Square, I found myself at a hub for global change, a financial institution that is working around the clock to free the world from poverty.

Last  month, at  the annual 2016 Spring Conference at the World Bank in Washington D.C, Dr. Kim launched a global movement to ensure all children around the world have equal opportunities to thrive and develop. At this conference of a historical importance,  our founder, Novak Djokovic, sent out  his heartfelt message and urged a global community to recognize importance of investing into early childhood education and development.

The dream of ending poverty and inequality glimmers in  every aspect of President’s Kim philosophy. His  life story, reads as an inspirational memoir. From his first job as a waiter at the Octagon House restaurant in Iowa to becoming the key player in leading the change in international development, one thing Dr. Kim knows for sure is that optimism is a moral choice. 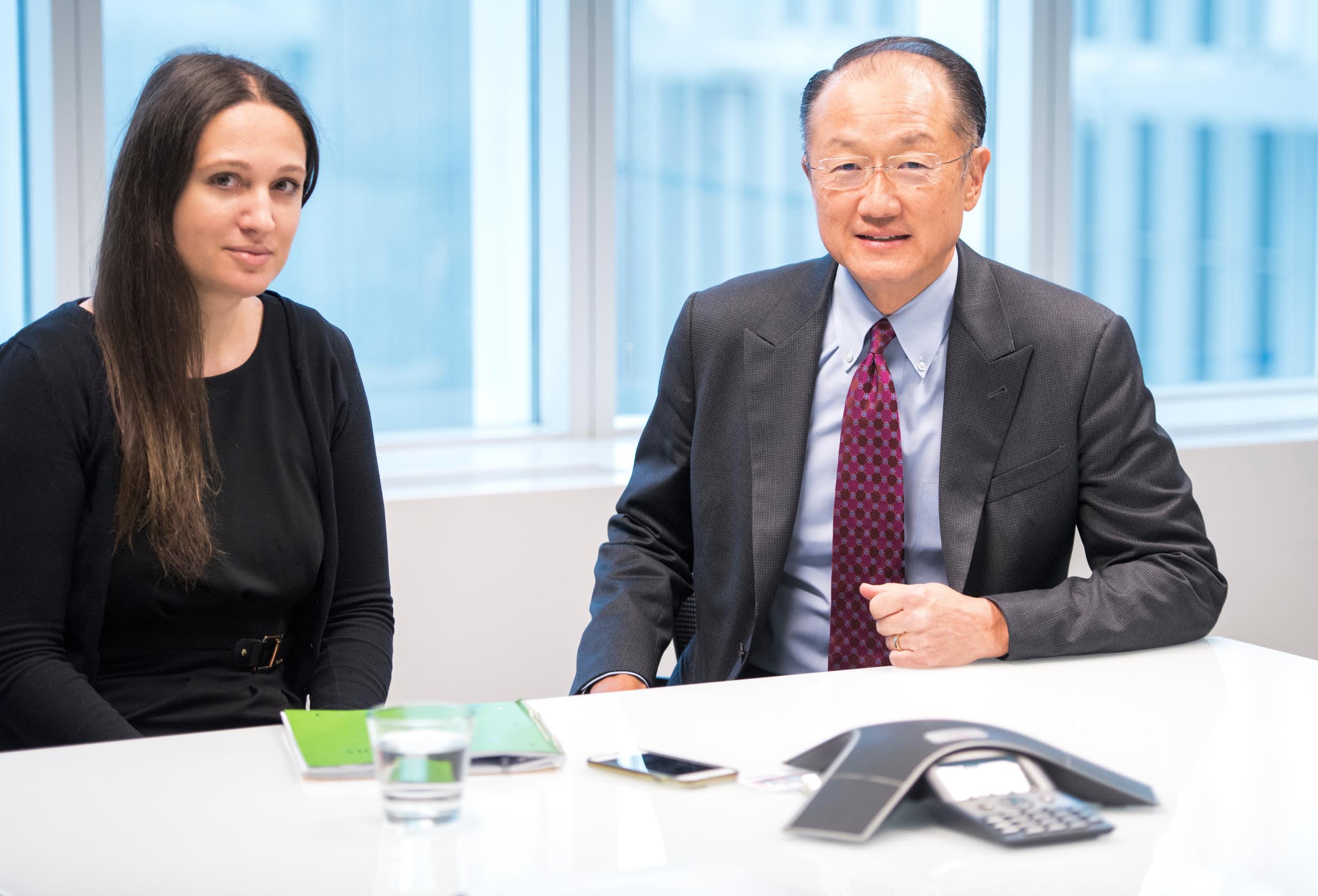 Optimism Is a Moral Choice

Through struggle, soul searching and victory of conquering opportunities, President Kim has dedicated his life to global causes and  the pursuit of excellence. As a global leader who cares deeply about humanity, he revealed that the stories  his parents told him shaped his sense of commitment for the greater good and the many moral choices he would later make in life.

My mother’s grandfather was the first Christian in the family, but for ten, fifteen generations before that, my ancestors were all Confucian scholars, equivalent to today’s PhDs. They were court scholars, working literally in the court of the King. So scholarship was part of her family all along.

My father’s family was not so scholarly, but my grandfather was educated. He was a musician, a violinist. My father escaped from North Korea after the borders closed when he was 19, and he came down to the South to get an education, specifically to become a dentist.

My mother came to the United States when she was 18. As one of the top students in Korea, she received a top scholarship.  She ended up, interestingly, going back to her family roots and getting a PhD in Confucian philosophy. She studied at a place called Union Theological Seminary. It had some of the most prominent intellectuals of that period. She passed on these ideas from the scholars to all her kids when we were very young.

So when I was eight or nine years old, I was reading and watching televised speeches of the civil rights leaders in the US, for example. My mother used to say, “you have to live your life as if for eternity” … What kind of mother says something like that? It’s almost cruel in some way. But, she’d always say that to us. … I was very impacted, on a very personal level, by the sense that you’re tackling some major fundamental issue that’s eternal. In other words, it’s not something that’s ‘of the moment’, it’s something that’s eternal. That approach has always gotten me the most excited. I was most focused, most able to work for long periods of time,  if I had the sense that I was working for something that was eternal.

So I had these two influences: my father, a dentist, who was incredibly practical, who taught us to work, get a degree. You have to be practical. He used to say to us: ‘’You’re a Chinaman living in this country, no one’s going to give you anything.’’

And there’s a story that I tell, after my first semester coming home from Brown University, when I told my dad that I’m studying politics and philosophy, and he said, “After you finish your residency, you can do whatever you want.” And that’s actually  what I did, — except I first went to medical school and then started a PhD program in anthropology.  I’ve always had both of these elements in me from my mother and father. My father  was right in the sense that it’s one thing to have big ideas about equality and it’s another to take those ideas and make them actually work on the ground.

President’s Kim pursuit of excellence and passion for ending inequality has earned him wide recognition. He was awarded a MacArthur “Genius” Fellowship and was named one of America’s “25 Best Leaders” by U.S. News & World Report. TIME magazine proclaimed him among “100 Most Influential People in the World”. Today, President Kim is resolute about ending childhood stunting and welcomes the partnership the World Bank has forged with the Novak Djokovic Foundation.

I’m so excited about Novak and Jelena taking up the issue of early childhood development.

To me, poverty and inequality starts with pregnant women. If we’re not committed to making sure that pregnant women, and children up to the age of five, have everything that they need, then we’re creating fundamentally unfair conditions for those children. Through absolutely no fault of their own, those children happened to be born in environments where they were condemned to not having the same kind of brain structure, literally, as these other kids.

Join Novak Djokovic Foundation and become a part of the global movement to end inequality in Early Childhood Education. We believe in their dreams. What  about you?