Parenting Tips: Back to School After Several Years of Being a Fulltime Mom

How to go back to the workforce after several years of being a fulltime mom?

The start of a new school year is both exciting and nerve-racking: exciting because of new classes, new friends, new teachers, new schools, new clothes (or school uniforms) and nerve-racking because of the pressure of going back to things like nightly homework and all the unknowns of new classes, new friends and so on.  Back to school season, however, is not only a time of mixed emotions for kids but also for their parents, many of whom will be, for the first time in many years, going back to work full time or looking for new projects and opportunities now that all the kids are in school fulltime.

Kate Gaseltine, a British-based occupational psychologist and executive coach (as well as a mother of two boys) says it is “absolutely” normal to be a bit nervous going back into the working world after taking a career break to raise children.

Just at a time when you may be struggling to work out what your priorities should now be, how you are going to adjust to a major change in your daily structure, and, most fundamentally, what your identity is now . You are having to talk intelligently and clearly about all of these things to a potential employer.

One such person who is going back into the workforce after several years of being a fulltime mom is Stephanie McKown O’Rourke, who lives in Rhode Island. Before taking seven years off to raise her two children (a 7-year old son and 5-year old girl), she worked in business development and marketing for a tech firm. At six months pregnant—and required to do a lot of international travel—she made the decision to quit her job and focus on motherhood. She says that while she has loved being home with her children, she is very ready to head back into the workforce again. Ms O’Rourke says:

It’s been difficult to be a stay-at-home mom for the past seven years after such a dynamic career. But I also regret that I will not be 100% accessible to the children once I go back to work – as they have always experienced.

She says that she is very open to career opportunities—both full or part-time work—and looking forward to a new chapter in her career life.

I feel that I gave them a very strong foundation on which to build their lives. However, Mommy needs to speak in complex sentences and use polysyllabic words again now. I am very excited to see what will come my way in the next few months. 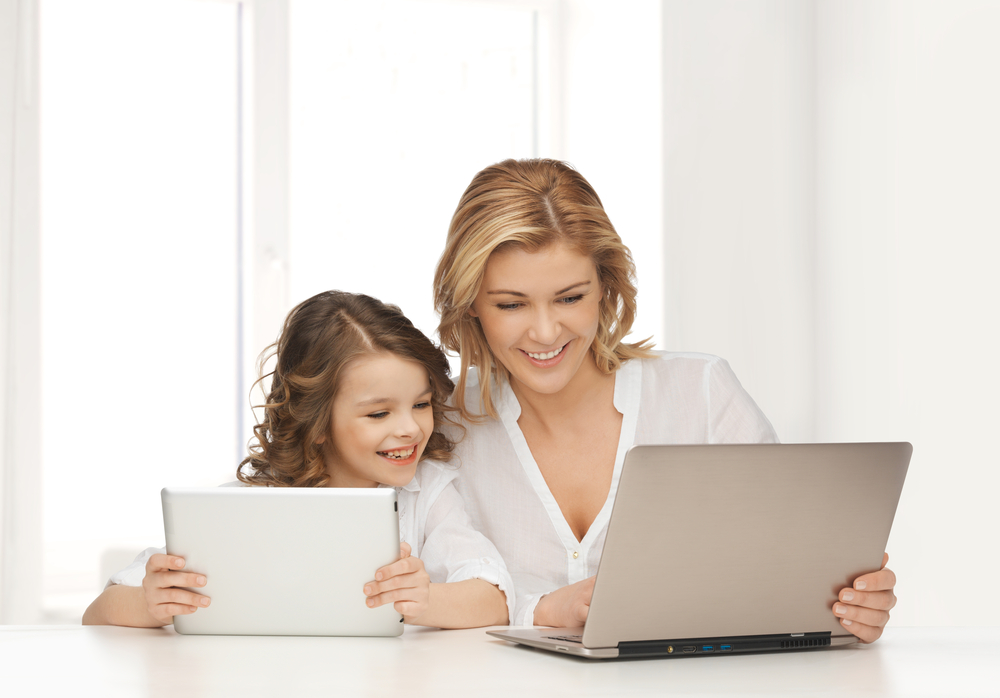 For people like Ms. O’Rourke, networking will become an invaluable tool to get back into the job market—everything from using social media and job websites to place her CV to going to events and having informal coffees can all help bring job leads.

Perhaps most helpful of all is to try to connect informally with others working in roles or areas you are targeting – to network – and to do so in a way which offers the other person something out of the conversation too. So, it’s not so much about asking for a job – or even for your CV to be passed on – but finding something they’ve written, blogged about, said at a conference etc, which has interested you and which you can build on in conversation. That kind of networking shows you are curious, open to new ideas, genuinely interested—and potentially insightful— about their area, and have the courage to say so, even if inside you feel very shy about approaching them. 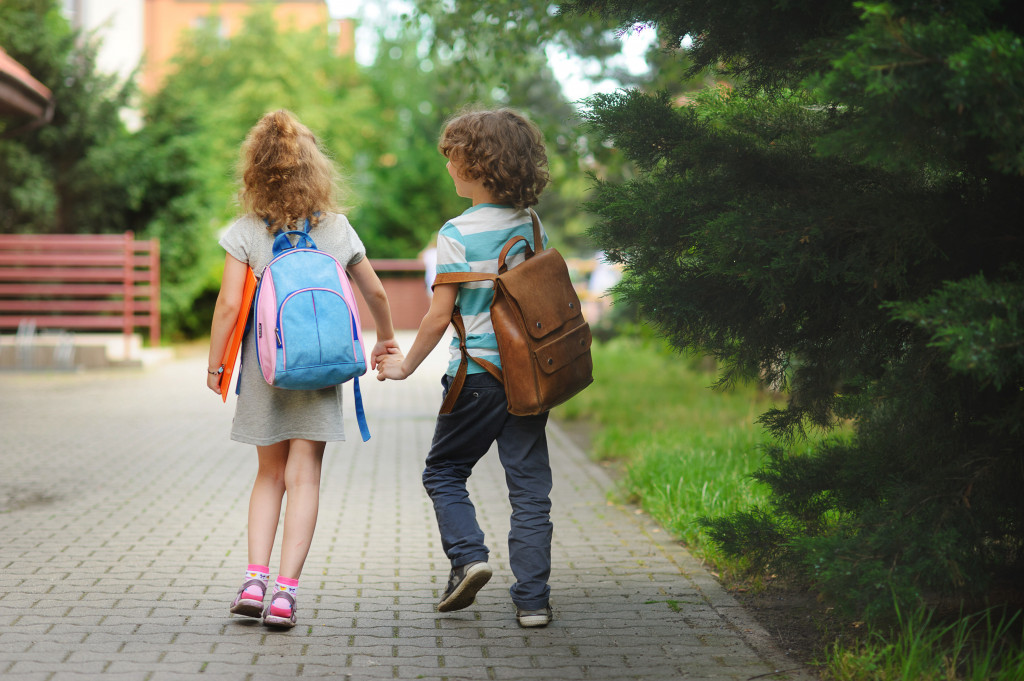 While the idea of looking for a new job can be exciting, there are also some daunting aspects, especially if you are thinking of switching careers. Bari Shaffran worked in advertising in New York City until she had her children (they are now 17, 15 and 12) and as they are becoming more independent, she is contemplating some kind of career—but what that is, she doesn’t know just yet. Plus she now lives in London, where she does not have any former work connections.

After all three of my kids were in school full time, I started to focus more on myself. I wasn’t stressed about having more time to myself, I was incredibly relieved to have some freedom and some room to breathe. However, now that they have been in school full-time for quite some time now, I am starting to think about –and get very stressed about— what I will do when they all go off to university.  I definitely will go back to work in some capacity but I haven’t a clue where to start.

With all the advances in technology over the last few years—even those who are gainfully employed sometimes find it hard to keep up—it can make moms (and some dads) nervous about going back into a work environment. 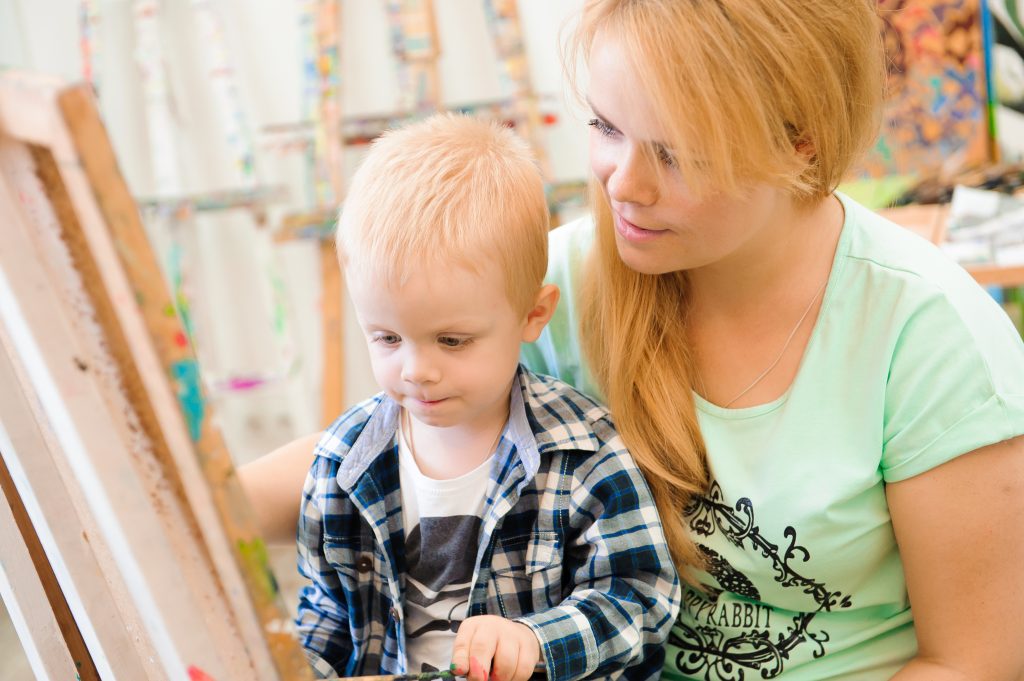 Liza Gangi Heiskell, the mother of a 9-year old boy and a 6-year old daughter, admits that things have moved on since she left the working world eight years ago.

The technology has changed so drastically in eight years that it is incredibly exciting, yet daunting at the same time.

Before settling in West Virginia to raise her family, Ms. Heiskell had a career as an Emmy-winning television producer in New York City. After being a full-time mom for all those years, she decided that she wanted to go back into the workforce—but be able to retain control of her schedule and her projects. So earlier this year she started her own production company, Park Street Productions.

The job market has completely changed and especially for me. Working on my own means that I have to actually know how everything works and be able to execute it.

According to Ms. Gaseltine, the good news is that all those years at home are valuable skills that are certainly transferable in the working world. And, she adds, it is normal to feel a bit guilty about going back to work.

Some parents may have found themselves feeling guilty that they felt frustrated – even bored and resentful – being at home with small children, with limited adult contact and financially dependent on their partner.

Meanwhile others may have felt they were not parenting as well as they should be so spending time back in the workplace “helps you to rediscover what else you are good at and to see yourself having an impact on a different—not better, but wider—audience.

How was your back to school – back to work experience? Did you feel the same? Please share some stories with us.