When siblings join forces “against” you – you made it!

I would dare say that love among close family members – between parents, children, siblings, is innate. It is something that is a part of us, like a mole, birthmark, facial features, eye color, body structure. However,  its path of development, course, and purpose, depend mostly on parents.

In sibling relations, the journey is the goal. It begins with the first encounter, and it is never-ending, but with a lot of stations along the way. There is a stumbling block or two here and there, bad road infrastructure and difficult paths. Occasional wall of silence, cold rock, and even a motorway, and a rain of tears. But it is always followed by also a rainbow again, warm and sunny weather, road construction and searing heat.

A cyclic and unbreakable relationship which contains both fierce rivalry and the deepest, inexplicable bond.

When siblings encounter it brings a cocktail of emotions and their manifestations. There is love, affection, jealousy, confusion, anger, lack of understanding and concern. The final outcome depends on the parents and their treatment of children as individuals, and as a pair. Their mission is to cut down jealousy, channel anger and resolve lack of understanding among siblings. To build love, grow empathy, bury concerns and create a healthy relationship.

Parents, your children emulate you in interpersonal relations. If you take a closer look at their behavior, it is, in essence, the same as yours towards your partner, and if you have a brother or sister, then towards them as well. Pay attention to the way you talk with your brother, sister or spouse. Children learn from practice. They don’t accept the theory if they witness a different scenario in practice. If you fight with each other, shout at each other, exchange insults, slam doors, expect the same behavior from your children. It isn’t enough if you read to them and explain the rules of etiquette and how to resolve disputes peacefully, because you are their only role model and everything you do is correct in their book. Speak calmly, remain silent if you are angry, do not slam doors.

Most importantly do not talk to someone about your partner, brother or sister when they aren’t there, while your children are listening.

2. Know each of your children well, and create a large mosaic of different characters

Be ready for the fact that siblings, as many, as there are, will be different. Each of them is its own person, has its own temperament, builds its own character. Younger son likes what the older one never has, and is more like his sister in that matter. It is completely natural and normal, and for you this is, mathematically speaking, an equation with variables. So, it is a little harder than usual because it needs to be solved in phases.

The first phase is to get to know each of your children, their strengths and weaknesses, and help them build their character and shape their temperament in accordance with that.

Help them work on their strengths, to practice football, singing, ballet, whatever they like. Make your child aware of its weaknesses and not be ashamed of them, but to work on them a fraction harder than on their strengths. It is important for the child to know that it will be loved most in the world even with those weaknesses. When the child knows that it is being loved the most on the planet, it is confident and doesn’t feel the need to feel and express negative emotions. Then he won’t be jealous of a sibling in situations when they are better at something, are commanded by someone or get a better grade in school. 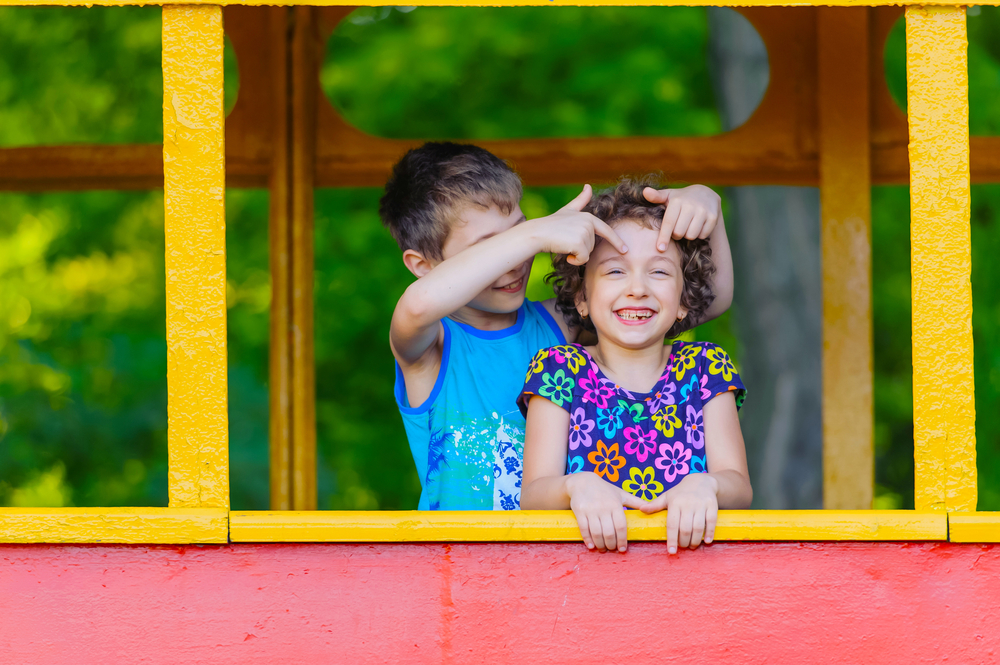 Most often when there is a large age gap between the siblings, they don’t want to spend time together. That is normal, don’t worry! Copyright: Youproduction

The second phase consists of matching two or more different characters, and this is achieved through joint activities.

If you see that your children have organized by themselves and are playing nicely – do not interrupt them playing unless there is a fire! Support them, commend them, but don’t interrupt them. Nothing is more important than their relationship. Not even the dinner which is getting cold. If they were hungry you wouldn’t have to call them, right?

There are also situations, most often when there is a large age gap between the siblings, that they don’t want to spend time together. That is normal, don’t worry! The difference in age, and if there is a difference in gender as well, will do its thing. This is where you come in, by creating activities they can do together. It would be best if this was on a daily basis. It does not have to last long – 10-20 minutes a day is more than enough. That would be an encouragement for them to find mutual interests themselves, which will speak from personal experience, be useful when they are older.

Go support the sister at her swimming competition together, and then, next weekend, go watch the elder brother’s football game. Teach them to applaud each other, praise and cheer for each other. To be the support in each other’s lives. If the football match ended badly, they should cry together and console each other. No one in the bleachers should be a bigger fan than a brother or sister, because they need to be courageous and full of love to confront other fans if they are ridiculing their brother for receiving a goal!

Have your own little ritual – something like a family meeting. It can be on a weekly or monthly basis when you deem it necessary. Talk about the previous period and about who did something nice for their sibling, and who did something bad. Every nice gesture should be awarded by a star, heart, piece of candy. Every bad gesture should carry the subtraction of those points. This will be fun for them, and you will be able to keep their attention to explain why something was good, why it wasn’t, what is the right way, and what is the wrong one.

A small catch with these meetings is avoiding tattletale. Just explain them nicely, using examples, what is the difference between tattletale and talking about problems. Have emergency meetings for emergency situations, with yellow and red cards for example, so they would know what is more serious and that it mustn’t happen again. And you know what?

If at one time you notice at those meetings that you are one side, and they are on the other, that they are defending each other and even hiding what you already know – you made it, they are a life-long team!

The first three pieces of advice are essential, illustrating those invisible bonds between siblings. The existence of such a vital relationship doesn’t mean that they won’t quarrel, argue, or fight over little things every day or quite frequently. I talked with a lot of people, and I don’t know a single family where there weren’t any small arguments or even fistfights among siblings. As bad as it sounds, it is normal. And as absurd as it sounds, it also strengthens their relationship. Silence and ignoring are dangers which cool relationships, make people distant, weaken those invisible bonds.

Remember, you are not a bad parent if your children got into a fight or scrape.

Marc Brown said: “Sometimes being a brother is even better than being a superhero,” and I, who has an older brother, can confirm this. A superhero is an amateur compared to a brother or sister who is your biggest support, motivation, comfort, and aid, even when you are the worst version of yourself.