Ask children what are their rights and you will probably get very creative answers. Children love to play with words, and more importantly, they like to play with meanings. Though their responses seem harmless, and for some, it’s just fun, for those who listen carefully, they contain great and serious insights about what matters to children.

When asked what is justice, the child responded: “Justice is that thing that you put on a cake that makes it a whole lot sweeter “. There is no arguing about it, everything tastes sweeter in a righteous world. It is a kind of world where children can express their opinion and feelings. In that way, they can participate with the adults on an equal stand when it comes to the decision making in issues that concern them.

Like a child in my research into devices such as digital technology, I ventured out from gameplay and meanings. In Serbian, the word device (naprava) has a word hidden in its core – (prava) rights.

Such an insight made me think- whether digital technologies are mere devices or their use leads us to the issue of rights?

Our reality just got bigger with one additional, virtual dimension following the appearance and ever greater use of technologies. However, have our rights and responsibilities extended onto this dimension?

Convention on the Rights of a Child represents the most important international document passed at the General Assembly of United Nations in 1989.

The ceremony of celebrating 30 years since the passing of this Convention shall take place in November of 2019. The context of children’s upbringing has changed significantly from the moment of approval until now. However, the Convention is not a document that only obliges us on a legal basis. The Convention also invites us to reflect on the specificity of the context in which children are growing up.  Also on the importance of exercising and protecting their rights in a given context. 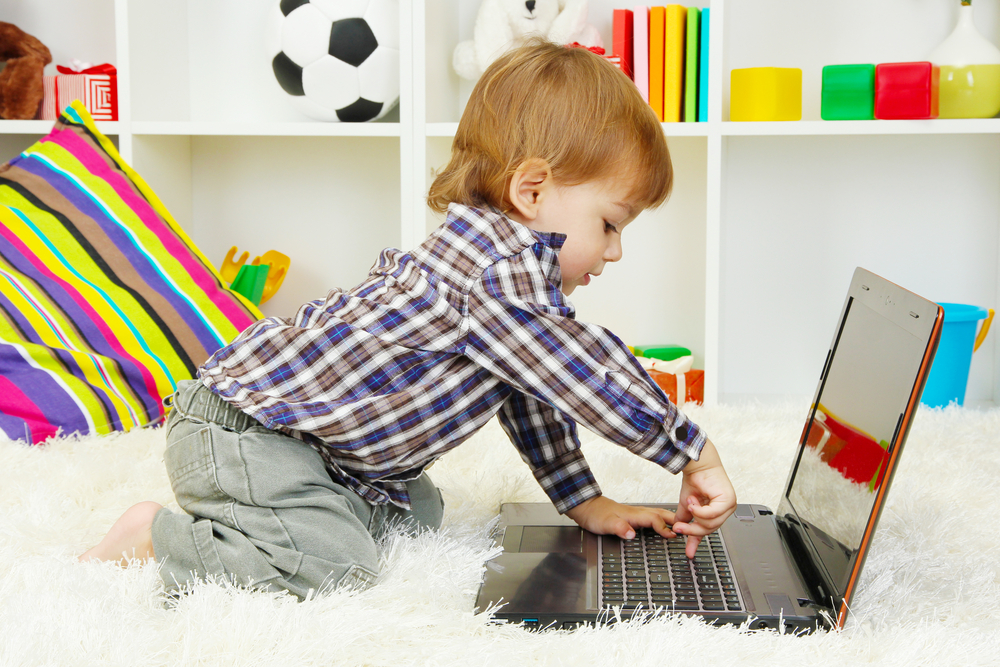 Respecting children’s rights is not a matter of our goodwill. It is a duty and obligation, regardless of the profession and line of work. Copyright: Africa Studio

However, is Convention applicable and binding in virtual space and if so in which manner? How are the conditions for fulfillment and protection of children’s rights provided under such context?

The Committee for Rights of a Child, as a supreme body that interprets the provisions of the Convention, eliminated every doubt whether the prescribed rights are also valid in the digital context. Nevertheless, it seems as if reviewing the issue of exercising the rights in the digital age is more than necessary. The above-mentioned reason has served as a basis to undertake numerous initiatives such as the draft of Digital convention or Strategy of Council of Europe that recognize and acknowledge the children’s rights in digital surroundings. The initiatives point out that children need to be able to use technologies in a safe manner.  Also, t empowered to take part and express themselves in a digital environment.

On a global level, children make one-third of the total number of Internet users.

In spite of this fact, many children have no access to the virtual environment, especially in underdeveloped and developing countries. Also, international and global digital policies do not focus on children but rather on adults. Therefore, these documents and initiatives call for clear legal regulation.  Such regulation would focus on the protection of children in digital context rather than adults.

Documents and other initiatives are the starting point for something more important – a change in ourselves that is reflected in a joint engagement in supporting children to explore digital space and face the potential risks it brings.

Respecting children’s rights is not a matter of our goodwill. It is a duty and obligation, regardless of the profession and line of work.

So when I talk to children, I do so with full respect for everything they have to say. Only as part of a joint effort to work on and think about the rights of the child, the digital context and growing up, we embody the complexity of the word to respect for one’s own rights and the rights of others, the existence of obligations and duties that apply in every context, even in the virtual.

The digital technologies, do not enclose the children’s rights. They lie in children hands that use them in the sense they choose to attribute to it. To wrap up, I will use the words of Professor Livingston and Tird: “We will have to move beyond the current understanding of the child, digital and rights, and start to play – as the children would do – with the possibilities these terms open when they are about them initiate dialogue and the possibility that this can be constructive for both children and the general public.

Parents, Beware – YouTube Kids App Can be Your Family Friend

How children explore the universe?