What is the cause of early childhood caries?

Let’s talk about one big misconception among parents  – first teeth are meaningless because they are replaced later on by permanent teeth.

The expected completion of first teeth is in the third year of life, and already at that time a large number of children have initial or advanced dental caries lesions. The first permanent teeth are expected in the seventh year, and all permanent teeth should grow by the thirteenth year. It is a long period during which children should have healthy first teeth that allow them to chew, speak properly and not contribute to forming of childhood traumas because of the ill-fitting appearance of their smile or presence of unpleasant breath.

In general, people believe that frequent intake of sweets is the only cause of caries. However, there are other leading causes that require attention!

Certainly, unbalanced diet is one of the key factors for the development of caries. In the infant period, improper use of the bottle with a pacifier creates a habit of frequent use of foods with more or more carbohydrates (sweetened milk, juices, teas, sweetened water, etc.). It is especially a bad habit for a child to put him to sleep or to feed him during sleep with a bottle ending with a pacifier or to fall asleep with the pacifier in mouth. Night consumption is harmful because at night the protective effect of saliva is at least present.

It should be noted that the use of bottle with a pacifier on top is harmful not only when used during the night, but also during the day and over a longer period of time.

Can breastfeeding cause early childhood caries?

It is considered that breast-feeding should last for at least the first six months of the child’s birth, and for a maximum of one year. If a child breastfeeds for more than a year, there is a risk for caries. 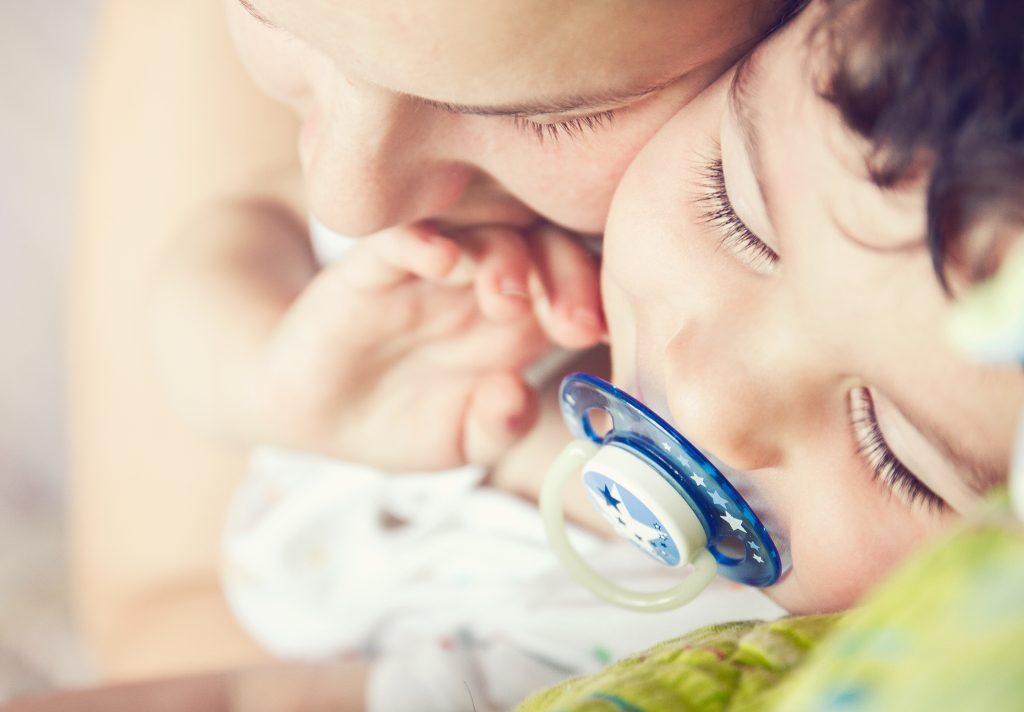 Why do they say that early childhood caries is the most prevalent infectious disease in the modern world?

The most common bacteria which is the cause of caries is Streptococcus Mutans (SM). The oral cavity represents the main reservoir of SM which starts to colonize with the appearance of first teeth. A baby usually receives SM from the mother via the so-called vertical transmission (directly from the mother to the child). That is why it is especially important for the oral cavity of the mother to be healthy, in order to reduce the risk of transfer.

The baby can also obtain this microorganism via horizontal transmission, from people who come into close contact with it (family members, children in the kindergarten).

Is it possible to prevent the appearance of dental caries?

Parents are those who need to make an effort to instil positive habits in their children since the earliest age. Also, they must be aware of the fact that they are the most frequent model of behavior that their children copy, which is also a motive to correct their bad habits.

About the author: Ljubica Pavlovic Trifunovic is a pediatric dentist. She joined the authors of the Novak Djokovic Foundation blog with a desire to raise awareness about the importance of children’s dental care. Besides her love for her work, her great passion is traveling.

Pregnancy and Oral Health – Everything You Need to Know

A Child and a Dentist Can Be Great Friends

When is the right time to start brushing your baby’s teeth?